Cyanide Studios recently released Blood Bowl 2 for home consoles and PC. The game is a strategic sports title a little unlike anything else out there. The turn-based football-style approach could confuse some beginner players, but don’t worry there are a few helpful starting guides, tips and strategies available for newbies.

YouTuber cKnoor has a pretty cool 10 minute guide to help new players get acquainted with the gameplay and some of the strategies in Blood Bowl 2. It may not be as straightforward as some gamers may assume, and he offers some tips you can employ to make the most out of your time on the field. Check it out below.

Safety first is the number one rule that cKnoor suggests following when starting out. Move players to spaces where you don’t have to roll the dice and plot out courses before things get hot and heavy. This makes sense because later into the match you don’t want to have to micromanage players who should be carrying out simple tasks while you’re busy trying to perform actions that are more caustic.

His second rule is to not go for the Going For It moves. These are moves specifically made to help players pull off a risky maneuver that could pay off in the long run. He suggests not going for the GFIs if you’re a newb because of the requirements necessary to pull them off successfully and those are reserved for more advanced plays.

Another “don’t” is: don’t position your players on the sidelines or near the sidelines. There’s a possibility that the opposing team might push them out of bounds, which will keep them out until the next round. So keep important players position in-field as much as possible.

It’s suggested that gamers should only keep three players at the line of skirmish when playing on defense. The reason for this is that it reduces the amount of players who will likely get knockdown once the skirmish starts on the opponent’s turn. This also opens up opportunities for further blocks while playing on defense if you have additional players at least two spaces back from the line of skirmish. It’s like preemptive defense. 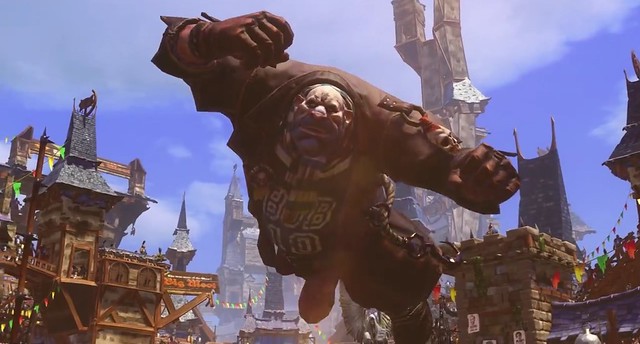 The fifth rule in the video prompts players to kick the ball in the center square of the opponent’s side when it’s time to kick off. Why? Because it makes them have to work harder on offense. When you get good you can kick it off in other places, but to maintain a safe defensive strategy, it’s best to avoid any risky locations when kicking the ball.

The sixth rule is pretty simple: score as often as possible. When you’re starting out you want to win, so if you have an opportunity to score… do so.

One interesting rule is that he informs gamers to assume the worst. It’s more about thinking about the consequences of every action you take. It can’t be stressed enough that when rolling a die it’s possible to end up with an unsavory result. It’s suggested by cKnoor to assume the worst when making those risky plays because the worst thing that could happen… could happen. So it’s more about planning ahead and thinking about what you’re going to do next as opposed to assuming every play you make will be honky dory.

The main idea is that for absolute beginners it’s best to just wrap your head around the basic mechanics and try to win as often as possible before diving into some of the more advanced tactics.

Blood Bowl 2 is available right now from Focus Home Interactive and Cyanide Studios. You can grab a digital copy of the game right now from over on Steam or on the PS4 and Xbox One.