14432082cookie-checkHorizon Zero Dawn: How To Get The Shield Weaver Armorno
Guides

Horizon Zero Dawn: How To Get The Shield Weaver Armor

One of the outfits that a lot of gamers have been curious about obtaining in Guerrilla Games’ Horizon: Zero Dawn is the Shield Weaver armor as part of the Ancient Armory quest. If you’re in need of a little bit of help in acquiring it, this guide might help you out.

So what makes the Shield Weaver armor so good? Well, it’s an over-powered piece of equipment that makes you invulnerable so long as it’s charged. Think of it like the overshield for Master Chief in the Halo games. Once the shield takes too much damage and flashes red, it’ll need to recharge, but you can take actual health damage if the shield is too low. So run around until the shield recharges and then you’ll become invincible again. So it’s not hard to see why this is one of the more popular armor pieces in Horizon: Zero Dawn.

YouTuber PS4 Trophies put together a quick eight minute video walking gamers through each step and showing them exactly what needs to be done in order to acquire the Shield Weaver armor. 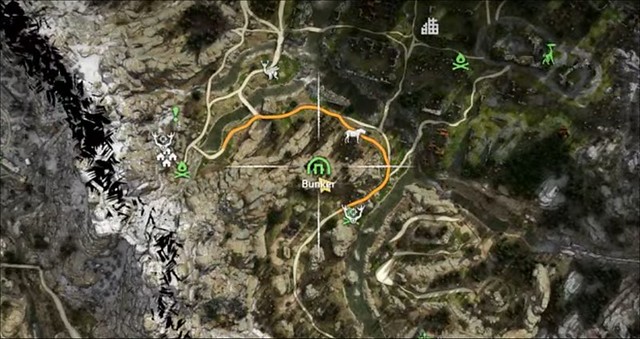 You’ll need to find to hidden power cells in order to open the door. The first power cell is located at the ruins. You won’t be able to access it at the early portions of the game but later on you’ll be able to. When down in the ruins, you’ll need to venture into the room indicated in the image below. Inside the room there’s a locked door and behind the door there’s a hallway with some frozen stuff blocking the way. You break the blockade and go inside and activate the green icon to grab the first power cell. This will activate the Ancient Armory quest officially, which is setup for those level 25 and higher.

The second power cell is located at the old village ruins in the southern part of the map, as indicated in the video at the 3:25 mark. Head down inside the hut and another green marker will indicate the second power cell required to open the first door to the Ancient Armory.

The next power cell for the other door is located at the Faro highrise corporate building near the end of the game. At the very top of the building on the top floor – head behind you and there’s a crumbling wall that you can climb behind the door you entered from. Climb up the wall and then climb up the crumbling ledge after you climb the wall. Continue up the damaged structure until you reach the top and there’s a power cell in a supply box up there. The fourth power cell you’ll need is located at the Grave Hoard location far north on the map in the snowy region. Once you turn all the dials inside of the Fora station a door will open up and inside is another power cell.

The fifth power cell is located at Gaia Prime, which is where Aloy heads before taking on the very last and final mission. So clearly you won’t be getting the Weaver armor any time soon in your play through.

After the cinematic ends where Aloy talks to Sylens in the assembly room at Gaia Prime, head outside and go to your right. Do not go to the zipline. Instead, go to the edge of the ledge just before you get to the zipline and you can drop down, as indicated in the video above. Keep heading down and to the left and you’ll find a power cell through a small cave where the fifth and final power cell is located.

When you get back to the Ancient Armory room, you’ll need to modify the dials. From left to right, the four dials should be facing: Up, Right, Down, Left Up.

For the dial puzzle, you’ll need to set the dials to face the following directions: Right, Left, Up, Right, Left.

Once you complete the puzzle, the clamps will let up and you can get the Shield Weaver armor. The armor is located in the box at the bottom of your inventory. Open the box to activate the armor. Bam, you’re done!

We also provide you to use our cheats for Horizon Zero Dawn, it can help you to get more experience about the game.