Guerrilla Games’ Horizon: Zero Dawn has managed to receive its first and last DLC in the form of the Frozen Wilds. The new DLC adds some additional areas to explore and new enemies to face off against. If you need help with certain aspects of the game, there’s a walkthrough guide available.

Follow the navpoints up the cliff near the bonfire.

Ask about the strange machines and the curse.

Continue scaling up the mountain until you reach the purple robosaur.

You’ll need to follow the pathway up the mountainside and into the cave.

Once inside the cave the intro will come on as Aloy will encounter some of the Banuk. 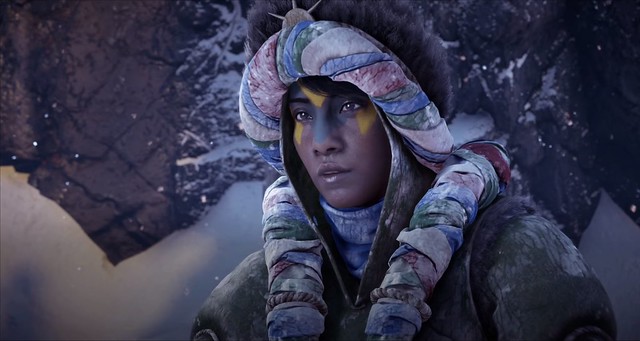 Investigate the Source of the Smoke

Once you get to the top of the mountain and collect some of the items throughout the village before you talk to the Banuk who are worshiping their dead.

Talk to Burgrend about some of the traditions and the shaman Ourea. You’ll pick up a quest to talk to Naltuk in order to find Ourea.

Laulai will also have a side-quest for you, taking a travel down to the lake.

You can talk to Aratak as an optional task to learn more about him and his werak.

You can also pick up a side-quest by talking to the man by a hut who will give you directions to find some birds who have a special metal rod that can be used to upgrade Aloy’s spear. Move up the path north until you find Naltuk on the mountainside overlooking a satellite tower that they say is the making of the Daemon.

The corrupted satellite tower is guarded by a Daemonic Longleg, which looks like a badass ostrich that got robo-surgery to look like a giant chicken.

You don’t have to destroy the machine. Use the staff to override the corrupted satellite.

There are a few robosaurs that will approach the tower once you override it. You can use the melee attacks to take them out.

Talk to Naltuk once you finish and he’ll give you the next destination to visit in your search for Ourea.

You’ll need to move even further north up the map to find Ourea, as indicated on the map below.. You can scan the environment by taking out the robosaurs around the Tallneck. You’ll also have to scan it for its missing parts, which will require an:

You’ll find the Tallneck Array on the cliff’s edge where a group of corrupted robosaurs are located.

Inside the cave you’ll find the Stabilizer, and up the mountain you’ll find a nest of robo-birds. Take out all three and the last one will have the Talltneck Actuator inside.

Travel back to the broken Tallneck and repair it to wake it up. Use the protuberant cliff ledges to get up top the Tallneck so you can scan the area and unveil the whole map for The Frozen Wilds.

Once you uncover the map, travel up north along the Shaman’s Path to reach Ourea.

After you reach the first dead end, head back the way you came and through the fork – go through the forked path but then turnaround and directly behind you is another path that leads upward, which will take you to another chime and a ritualistic marker. This will eventually lead you to some robosaur stalkers.

Past the Stalkers the cave will lead you back outside and up the mountain.

Move across the complex series of contraptions, and use the ladder to go down and then go up to get to the other side.

A short cinematic will play once you get across the bridge and make your way toward the next corrupted satellite.

A Daemonic Frostclaw is in the area. There are optional quests to take out the tower and kill the Frostclaw. You can use the scanner to track its path and then disable the satellite when its back is turned. If you manage to disable the corrupted satellite it will send out a shock wave that will stun the Frostclaw for about 10 seconds. Use that opportunity to rape him real good, like he was a fish in prison who dropped a whole case of soap. 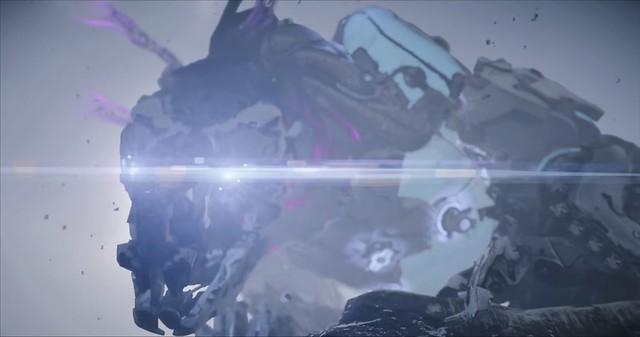 The pathway will lead you into an old abandoned bunker.

You’ll have to solve a puzzle to get through the door. It’s pretty simple: the light aiming toward the node has to be redirected away from the red node and toward the other nodes that encircle the security beams. Simply have all the nodes connect to one another to open the door, and then scale up the elevator shaft.

You’ll reach Ourea and have to complete a puzzle before she will help Aloy.

After an extremely lengthy talk with the Shaman, you’ll need to head to the lake outside.

We also provide you to use our cheats for Horizon Zero Dawn, it can help you to get more experience about the game.