Polish studio Robot Gentleman announced that 60 Parsecs! will be launching soon on Steam for PC starting September 18th, next month. The game is a time-management survival title where you’ll have 60 seconds to gather supplies and then you need to attempt to survive in space while resources are dwindling and survival seems to be an ever fleeting possibility.

The game is pretty ridiculous, as it is satirically themed around the nuclear scare of the 1950s and 1960s. Players assume the roles of five astronauts who witness the destruction of Earth while on a space station. However, the nuclear holocaust extends beyond the stratosphere and a missile is sent into space, giving the astronauts only 60 seconds to gather supplies and escape from the space station.

This is where players step in, having only 60 seconds to gather up the crew members and all of the necessary supplies in order to survive in space. The game’s space station will randomize each time you play, so the location of crew mates and items will change up each time you boot up the game.

You’ll need different sets of supplies for different kinds of survival purposes. After you select your captain you’ll need to find the rest of the crew, and then you’ll need to gather supplies to make use of the brand new crafting system that allows you to restock some supplies and essential survival gear. Your main objective is to guide the survival craft to a safe destination, or at least attempt to avoid running out of oxygen in space, similar to the 1993 movie Lifepod. 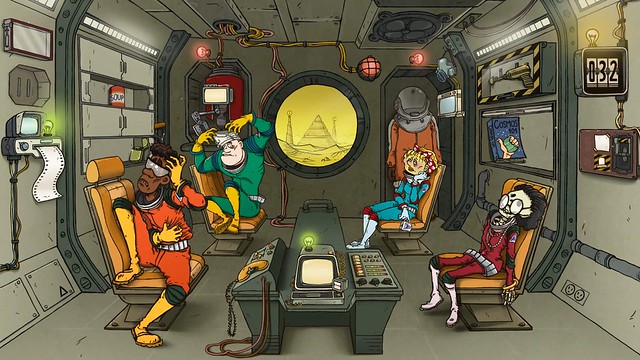 The game doesn’t hold back on the satire, and there are cosmic space horrors, brain slugs, aliens, a host of other encounters that will likely ruin your day (or night) in space. The roguelite elements were popular with the original 60 Seconds!, which managed to move over 1 million copies, so we’ll see if Robot Gentlemen can strike gold twice.

60 Parsecs! is scheduled to launch on September 18 for $14.99. You can learn more about the gameplay by visiting the official website.

If you wanted to play the original 60 Seconds! game, you have options to Freeze The Timer, Adds Infinite Food, Water, Super Stats, etc. You can visit our 60 Seconds! cheat link, and you also can explore the game more faster than ever.