Now that Insomniac Games’ Marvel’s Spider-Man is on the PlayStation 4, everyone is talking about it and playing it and wanting to check it out. If you don’t have time to play through the 10 hour storyline, this article here quickly outlines the general story and explains the ending.

The game starts eight years into Peter Parker’s career as Spider-Man. The opening sequence sees Spider-Man taking down Kingpin and his men at Wilson Fisk’s tower. Fisk warns Spider-Man that putting him away will only make things worse for New York.

Meanwhile Peter Parker has a job working with Dr. Octavious on neuro-bionic upgrades for those with missing limbs, but it has complications. Dr. Octavious also helps Peter with his Spider-Man gear, as he finds Peter working on the suit and assumes Peter is Spider-Man’s gadget maker. Mayor Norman Osborn eventually has the project shutdown, though, which puts Parker out of work. 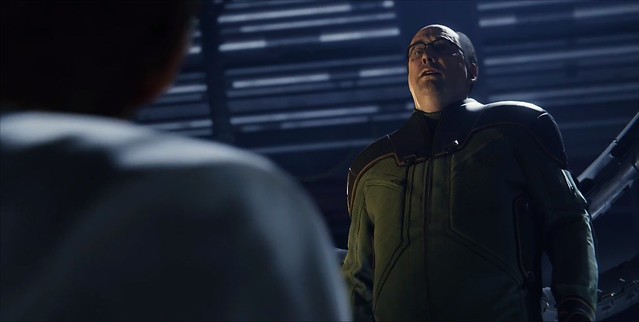 Following Kingpin’s imprisonment, however, an Asian gang known as the Demons begin to emerge and raid Kingpin’s stash.

With the help of his ex-girlfriend Mary Jane – who is no longer hot enough to be a fashion model and has been relegated to a beat reporter for the Daily Bugle – Peter begins to uncover the plot of the Demons gang.

The gang, however, begins to terrorize the city – Norman Osborn in particular. They end up killing Miles Morales’ dad in the process. 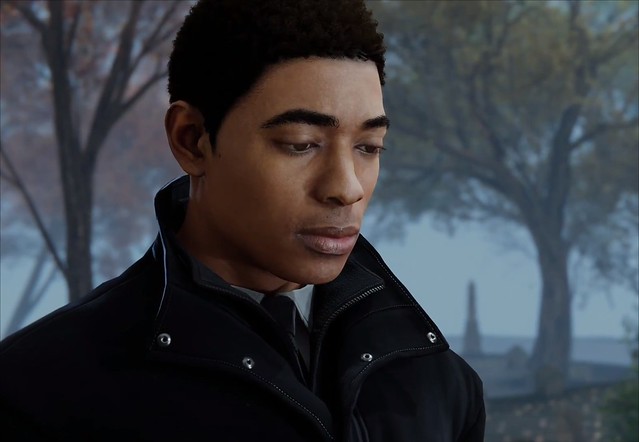 It turns out that the owner of the shelter, a Chinese man named Martin Li, is the leader of the Demons. As he focuses more on his criminal activity, Li puts Aunt May in charge of the homeless shelter. Peter also brings in and mentors Miles Morales to help May at the shelter while he deals with the loss of his father.

Li works with various other criminals in order to exact his revenge against Osborn and take control of “Devil’s Breath”, including having the invincible Tombstone and his gang build an armored vehicle for the Demons. Spider-Man manages to foil Tombstone’s plans, however.

Mayor Osborn retaliates against the Demons by bringing in a mercenary group known as Sable International, led by the Silver Sable. 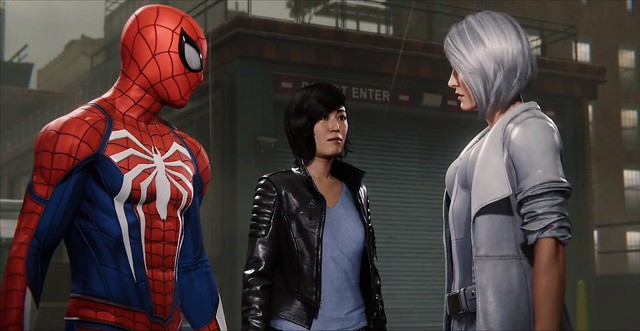 Martin “Mister Negative” Li takes over the grand station and attempts to lure Norman Oscorp to the building to force him to release the Devil’s Breath in order to ruin his reputation because it’s revealed that Osborn had the Devil’s Breath made. 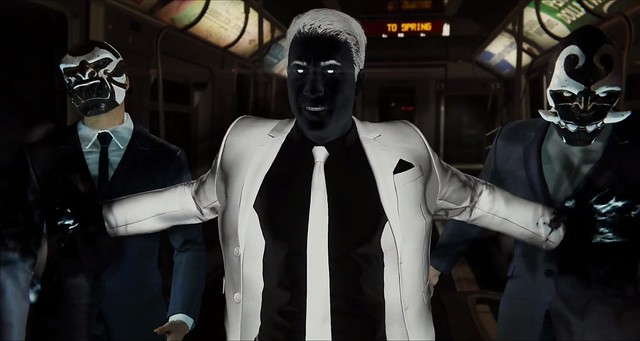 With the help of Mary Jane – who Peter has a somewhat tumultuous relationship with since she keeps trying to get into trouble and become his super-hero partner – Spider-Man manages to defeat Mister Negative.

During his off hours Peter continues to help Doctor Otto with the neuro-prostheses, which Doc Otto eventually builds out into the tentacle arms most people recognize from his Doctor Octopus villainy. However, the arms are used to help with Otto’s degenerative muscle dystrophy. Otto blames the loss of his funding and lack of recognition for his scientific advancements on Osborn’s meddling.

Octavious helps stage a prison break at Riker’s Island and the super-max prison, The Raft. He breaks out Mister Negative, Scorpion, Rhino, Electro, and Vulture, as they form the Sinister Six. 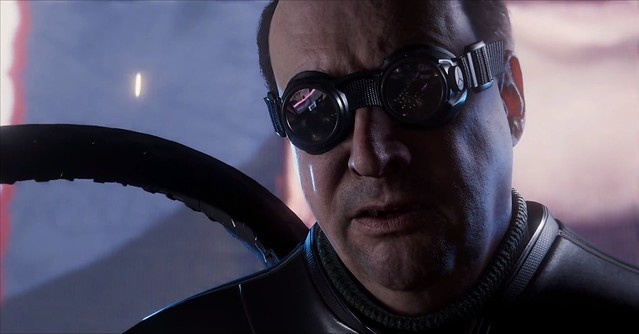 Dr. Octavious releases the Devil’s Breath at Times Square while the city gets overrun by the escaped prisoners.

Spider-Man manages to subdue many of the escaped villains, along with getting some help from Mary-Jane and Miles. Spider-Man also finally makes amends with Mary-Jane, where it’s revealed that their strife was formed from Mary-Jane feeling inadequate and like a burden to Spider-Man for always being rescued by him, so she wanted to prove that she could be his partner and help save him.

With the help of his friends, Spider-Man tracks down Dr. Octopus’ hideout where he learns that Dr. Octavious and Martin Li teamed up after sharing a hatred towards Norman Osborn. 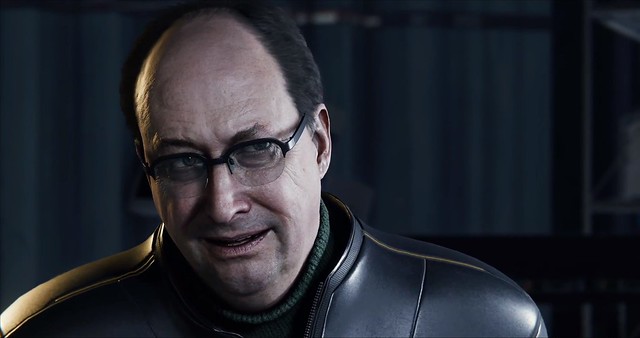 Octavious managed to recruit the other five members of the Sinister Six by helping them each with their vices, whether it be clearing their debts or helping them with their medical ailments.

Peter learns that a lot of Dr. Octavious’ additional funding came from making military gear for defense contractors on the side. The neural interface that he designs for the arms, however, come with a serious side-effect of mental degradation, causing him to become erratic and emotionally hostile. Peter also learns that all while refining the device, Octavious was turning the prosthetic arms into dangerous weapons. 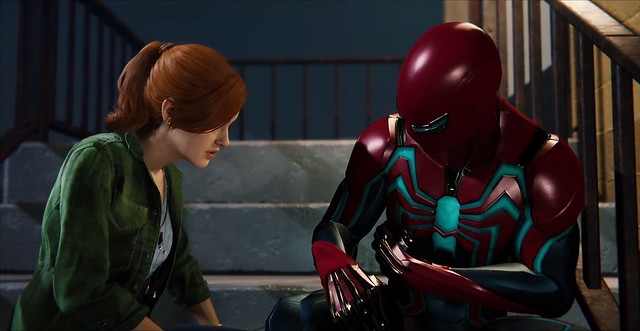 Spider-Man and his friends figure out that Norman Osborn is coy about distributing a cure for Devil’s Breathh. Mary-Jane infiltrates Harry’s penthouse and discovers the location of where the antidote is for the Devil’s Breath, as well as figures out that Devil’s Breath wasn’t actually a bioweapon but was supposed to be a cure-all solution for medical defects, but it had a lot of defects.

Mary-Jane also discovers that Martin Li’s negative powers were part of an experiment that originated from experiments conducted by Norman Osborn and Dr. Octavious when Li was a child. Li’s parents died during a negative energy outburst that occurred during the experiments, and Li vowed to get justice against Osborn ever since, which is why he teamed up with Otto Octavious. 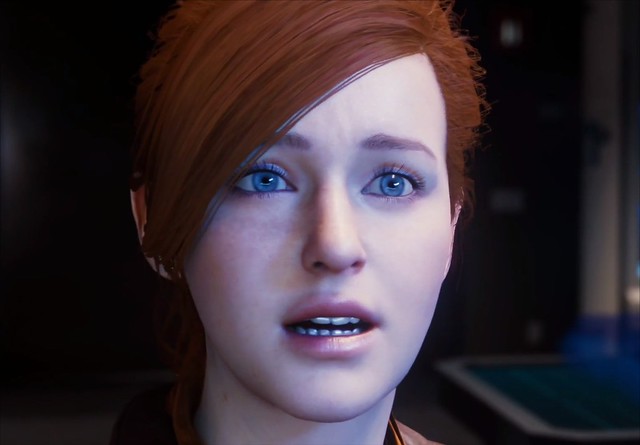 Spider-Man tracks Martin Li to the Oscorp facility where Li has managed to capture Osborn. Sable International launches an attack against Li’s Demons while Silver Sable fights Spider-Man; somehow Spider-Man can’t beat her so they team up.

Martin Li is defeated but Dr. Octavious kidnaps Norman during the scuffle. Spider-Man is also no match for Octavious, and is soundly beaten. 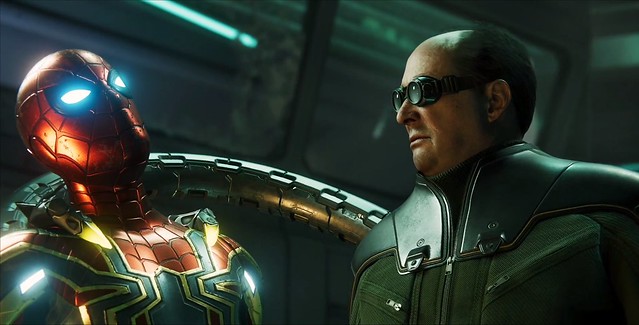 Peter builds a new suit that can withstand the claws, and finally faces off against Doctor Octopus at the top of the building.

Using the new suit, Spider-Man – in a desperate battle – manages to destroy some of the tentacles and defeat his mentor. 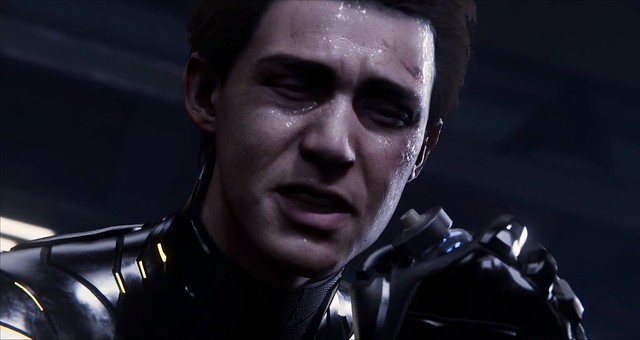 The Doc is arrested and sent to prison, but he holds resentment toward Peter because without his arms he’ll begin to lose his ability to control his muscles.

Even though Peter manages to recover the anti-serum for the Devil’s Breath virus, he’s too late in being able to prevent Aunt May’s death. 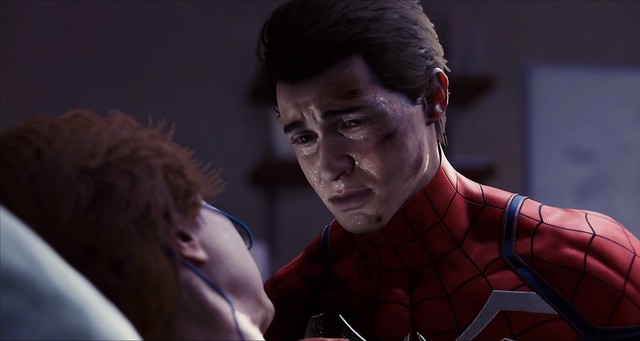 The game ends with Peter and the others attending Aunt May’s funeral while Dr. Michaels distributes the anti-serum to everyone who was affected by the Devil’s Breath.

Peter also tells Mary-Jane that he’s considering a career change while finally making amends with her, and the two consider rekindling their relationship.

In the first post-credit scene Miles Morales tells Pete that something odd has been happening to him after he was bit by a spider that was on Mary-Jane’s jacket that she mistakenly brought back from after having snuck into Norman Osborn’s secret lab. Miles shows Peter his ability to cling to walls, and Peter tells him that it’s not that weird by revealing that he, too, can cling to walls.

In the second post-credit scene, we see Norman Osborn accessing his secret lab where opens a vault that contains a man inside the tube. The tube is filled with an uncontrollable symbiosis, and we learn that the man trapped in the symbiote is Harry Osborn, hinting that Venom could either appear in the DLC or in the sequel. 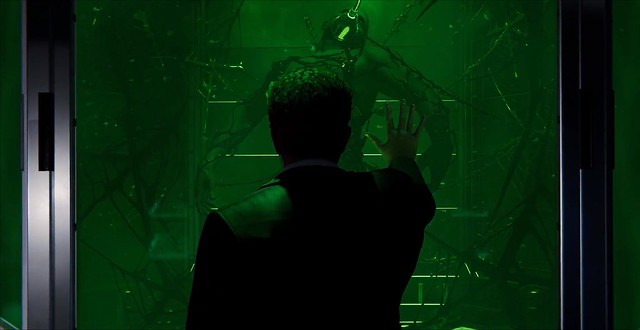 TL;DR: Norman Osborn and Otto Octavious attempted to created a cure-all drug for humanity, using various test subjects, including Martin Li. The tests backfired and in cases like Li, his parents died and he developed powers that eventually turned him into Mister Negative. Osborn stole the research from Octavious and continued developing his own cure, while Mister Negative and Otto Octavious eventually teamed up together years later to plot their revenge against Osborn, which included creating a prison break and destroying Osborn’s infrastructure throughout New York.

The duo tried to force Osborn to admit to stealing research and conducting illegal tests with the deadly project known as “Devil’s Breath”, which Octavious unleashes on New York to force Osborn to confess, but he never does. Aunt May dies from being exposed to the Devil’s Breath, but Spider-Man manages to defeat the Sinister Six, save Norman Osborn, and retrieve the cure for those affected by the biochemical. At the end of the game it’s revealed that Norman Osborn hasn’t stopped his research, because it turns out that his son, Harry Osborn, has been affected by the symbiote, hinting that he might turn into Venom.