Witcher Netflix Show Looks To Cast BAME Ciri, And Fans Have Had Enough

The casting call for Ciri in The Witcher on Netflix has gone out, and the description clearly states that they’re looking for a black, Asian, minority, or ethnic teenager who is around 15 or 16 years old and must not be older than 18. The role calls for someone who can play down to 13 or 14 years of age.

The information for the role was posted up over on the National Youth Theatre website for auditions.

It clearly states that for the role of Cirilla: The Lion Cub of Cintra, they’re looking for a “BAME girl”…

The casting is happening soon as they will be shooting eight episodes for the Netflix series between October 18th, 2018 and May, 2019.

When fans found out about the race-swapping for the role of Ciri, they took their frustrations online to the Twitter account of Lauren Schmidt Hissrich, the showrunner for The Witcher.

Hissrich responded by saying that she couldn’t comment on the casting for the show.

You guys. You KNOW I don’t comment on casting. I never have. I never will.

One very special lady, who I saw several options for today:

This did not sit well with fans of the original book series or CD Projekt Red’s games, where Ciri is depicted as pale as snow with frost-touched hair, and passionate emerald eyes. 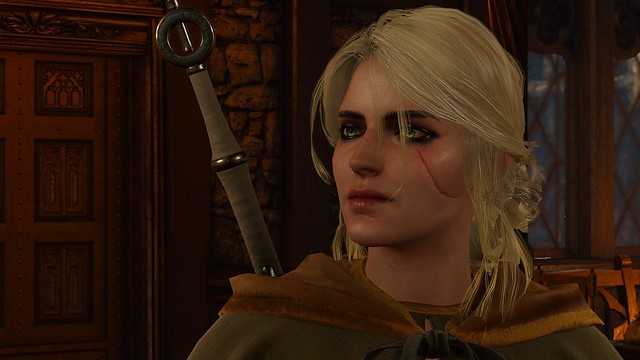 Yeah you’ve just killed all hype for the show for 99% of the people who were going to watch this show. Good job. I’ll stick to the games and books.

Look at it this way: if the story were to happen in Asia, in a fantastic china, everyone would find it strange that the protagonist was a white girl with green eyes

Agreed, leave the characters as they are, especially Ciri!

Others called out Hissrich for adopting the much-derided and despised diversity agenda, which has ruined countless games, movies, and comic books at this point. Many fans have just dodged out of supporting a lot of media due to the SJW agenda.

Could you just try to make a good show without forcing the diversity agenda into it like a hack? If you want to add color, create new characters, don’t just paint over the existing ones.

Originally people used to tell gamers that they were paranoid and to just “ignore them”, but now the normies who were actually looking forward to the show will be affected by the diversity agenda in a jarring and inordinate manner.

I can’t believe you’re butchering the story and making Ciri “non white” why don’t we just make Blackpanther 2 with a white dude? Seems to really fit the story well!

Others suggested to start up the hashtag #NoBAMECiri.

The Twitter blowup is rather sizable and goes on for quite some time, with plenty of people absolutely livid about the casting news.

This also didn’t go down well in other communities as well, including the Steam forums, where the news quickly spread to the Witcher groups. 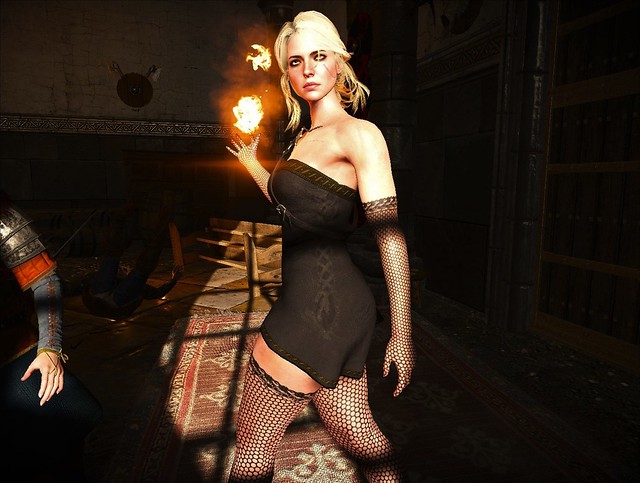 The most surprising pushback actually came from over on The Witcher sub-reddit, where there are some passionate, lengthy diatribes from fans who have had enough of the diversity agenda being pushed by Cultural Communists.

“But as a Pole I also am discriminated. I’m being judged because of the stereotypes. I have nothing to do with the american slavery, you can even check the ethymology of the term “slav”. That’s why I don’t understand why you are pushing this diversity agenda. […]

“I just want the same respect the black men get, if we would live in a world where The Witcher was written by someone from Africa, everyone from the main cast was black and suddenly there is TV series in the making where one of the characters is white for no reason it would be instantly labeled as racist.” […]

Majority of the thread supported the post, upvoting the post with thousands of users supporting his opinion and also sharing their own derision for the diversity agenda that is ruining so many media properties.

Even blacks didn’t seem to like this casting decision, with the sub-reddit Blackfellas noting that this wasn’t something worth looking forward to because people of color should be creating their own media instead of trying to leech on to the creations others, with riddle_me_this1 writing…

“[…] personally I am tired with black people being desperate to be included in others’ worlds and this goes beyond The Witcher. They don’t want you/us. If they did, they would play it like the likes of Bioware and create black/queer/etc characters. Now, let’s create content and/or support people who do instead of begging for scraps (which for me, is begging for having existing characters’ race to black. And you know if any change there is, the character will be more on the Zendaya side of things). […]”

So far it doesn’t sound like this is a decision that anyone really seems to support more than the amount of pushback and dissent that fans are putting forward, even from minorities.

This doesn’t bode well in addition to the Netflix writing staff picking up a lot of heat for promoting open borders in America, which made a lot of people instantly write off the upcoming TV show based on The Witcher. What’s worse is that the original author of the books, Andrzej Sapkowski, is working with the production team on the show as a consultant, which means he either doesn’t care about the diversity agenda or approves of it.

Various fans of The Witcher expressed their concern to the showrunner, Lauren Schmidt Hissrich, making it clear in no uncertain terms that the SJW influence could ruin the show. Hissrich responded by dismissing the complaints, making a series of tweets that read…

“The fear that my “SJW-ness” will be shoved into the show is palpable, and I get it (kinda). I post about politics because I’m a real person who dares to have real opinions about my country. That’s part of following me, so if that bugs you, go. Please. OR stay and hear me say the show IS political. (“No” anyone who’s read the books is saying right now). But they’re not MY politics, or the writers’. Why? Because we’re professionals who have zero desire to use a tv show to justify our own collective liberal opinions because THAT’S INSANE.”

The only saving grace so far is that accomplished actor Henry Cavill was cast as Geralt of Rivia, but it looks like it will be heavily offset with a lot of other sociopolitical agitprop from the Left.

(Thanks for the news tip Ebicentre)