One of the most underrated entries in the long-running, and quite frankly oversaturated LEGO games is TT Games’ LEGO City Undercover. It was like a mixture of True Crime: Streets of LA but with a heavy dose of Lego building. The game was quite popular when it was first released on the Wii U, but sales suffered due to the Wii U’s lacking install base. Later on, Warner Bros re-released the open-world title for additional systems, including the Nintendo Switch and PC. For gamers who own a copy of the game on PC, there are some cheat trainers available for you to download.

The first trainer is available from over on MegaDev.info.

The trainer features the following cheats for LEGO City Undercover:

Now the Megadev trainer has free and premium options. So you’re probably wondering which of the options are free and which ones are premium? Well, the free option includes the 10,000 bricks/money. This allows you to buy and upgrade and acquire things without having to grind for them.

Basically, you can acquire unlimited amounts of bricks using the cheat, and without having to pay for the premium versions of the trainer. Obviously, though, if you do acquire the premium membership to access the other cheats, you’ll gain access to the ability to infinitely boost your vehicle with turbo and to make use of the god mode.

There’s another trainer available for download from over on Cheat Happens.

The cheats aren’t bustling but they offer you the basics that are required to either get through missions quickly, not die during boss fights or to utilize the freeze timer cheat so you don’t run out of time during missions set on a timer.

Now the Cheat Happens trainer was actually recently updated to match the most recent patches for LEGO City Undercover. This means you shouldn’t have any trouble using the trainer on the latest version of the game. The only downside here is that the trainer is a premium purchase, so you will have to put down a coin to access it.

Now if you don’t want to pay for your cheats, there’s a free cheat table available for the Cheat Engine that you can download from Fearless Revolution.

The only downside here is that the cheat tables haven’t been regularly updated, so you might find yourself in a bit of a pickle when it comes to using it for the more recently updated versions of the game.

Don’t fret, though, if you’re still playing LEGO City Undercover on the PS4, Xbox One, or a non-hacked version of the Nintendo Switch, you can still make use of some cheat codes using the in-game Extras menu.

YouTuber Dimensional Brick has a list of the LEGO City Undercover cheats below:

They’re obviously not the best cheats, but still, it beats nothing. 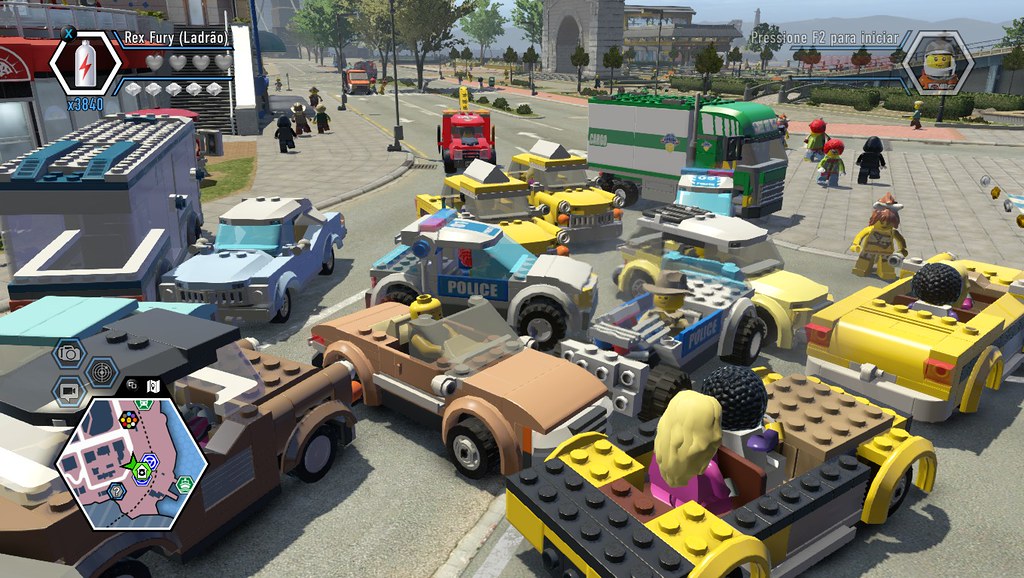 LEGO City Undercover is available right now, and you can grab a digital or physical copy of the game for home consoles or on the Steam store for PC for just $19.99. The best part about it is that the game supports split-screen cooperative play, even on the PC version! So if you have a buddy and you want to play cooperatively with them, you can do so!