Those of you who have been following movie news might be aware that Screen Gems, a subsidiary of Sony Pictures, is rebooting Paul W.S. Anderson’s live-action Resident Evil series. Some of the first bit of casting news to come out about the film noted that Hannah John-Kamen had been offered the role of Jill Valentine for a multi-picture deal, despite the fact that Hannah John-Kamen is African American and Jill Valentine is supposed to be French-Japanese.

Suzy A., started a petition over on Change.org requesting Sony to cast someone that actually looks like Jill Valentine from Capcom’s Resident Evil series, instead of going with the race-swap that will reportedly take place for the upcoming live-action reboot.

The gist of the message reads…

“[…] The desire for inclusion is a big subject right now in Hollywood and should be addressed, but there’s just one issue: Jill Valentine is already a minority! Canonically she is a French-Japanese American character, created by Shinji Mikami and Isao Ohishi over twenty years ago! Not only was she introduced as a strong, non-objectified female that the player could choose to play on equal footing with her male counterpart, she also represented the ethnicity of the Capcom employees who brought her to life. Jill Valentine deserves to be represented in real life by an actress who can bring her Asian and French heritage to life. Asian Americans are not only underrepresented in film, but they’ve also had to deal with being outright replaced unless the public made their feelings known. People were upset to see Asians played by non-Asians in movies like Aloha and Ghost in the shell, and nearly saw it happen in Teenage Mutant Ninja Turtles and Hellboy, but the latter two films listened to the fans–and the studios making this new Resident Evil series can too! Please honor Jill Valentine’s lineage and cast an actress who can bring her to life accurately!”

It’s interesting because it was a woman who started the petition, not an “angry white male, living in his mother’s basement” that the media likes to portray as the villain of today’s society. 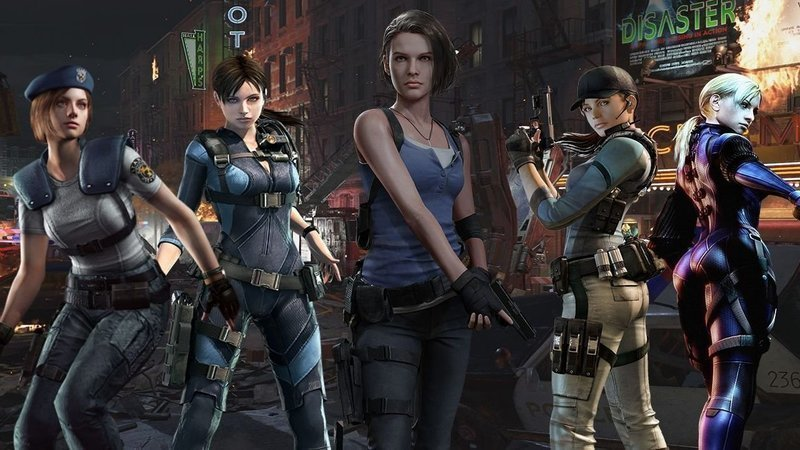 This goes to show that everyone is getting sick and tired of the identity politics that have run roughshod over the media entertainment industry.

Althought online petition doesn’t really have enough power again the major company like a petition requesting for a sequel on a so called flopped movie “i am number four” a few years back. Although hundred of thousands people signed it we still don’t see any good news from this “i am number four 2” to happen anytime soon.

Given that Sony has gone way off the deep end in attacking their own fandom, copyright striking YouTubers, and trying to bury any news about The Last of Us 2 leaks, while also riding the woke train with films like the 2016 outing of Ghostbusters, I tend to doubt that they will listen to reason from the actual Resident Evil fandom, but at least Suzy is trying.

If you wanted to sign the petition you can do so over on the Change.org page.

(Thanks for the news tip LiliesForLife)