A handful of moderators control almost the entirety of the top communities on the social media network, Reddit. These moderators include Cyxie, Awkwardtheturtle, Gallowboob, Merari01 and Siouxsie_siousv2.

Users informing other users about this social media oligarchy are promptly banned for their efforts.

An image basically sums up what’s been happening, which shows on the left that the same handful of people have moderation control over 92 of the top 500 subs on Reddit, with the image on the right showing that the user who posts said image in other subs has been permanently banned from said subs. 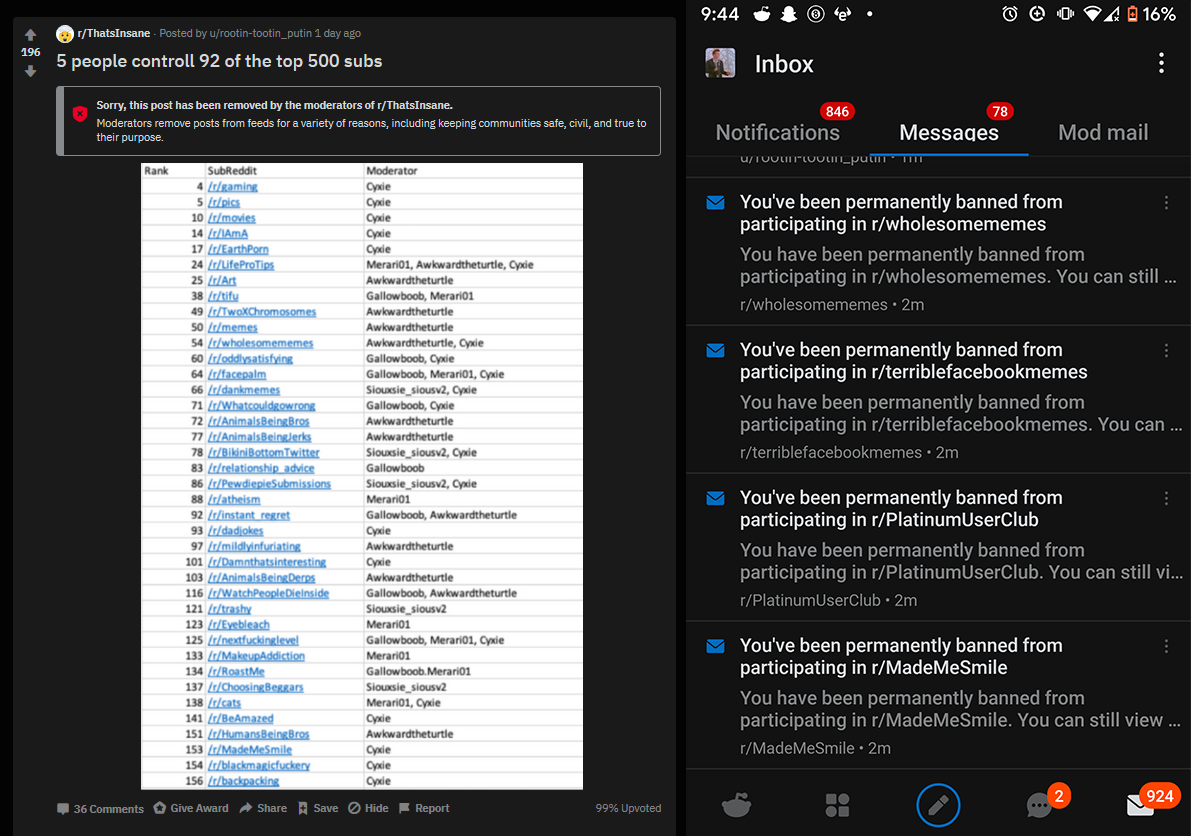 Unfortunately the post also had to be removed from KotakuInAction2 due to a rule about not posting usernames of people who weren’t subscribed to the sub. The reason for the rule existing is because the administrators look for any reason to scrub KIA 2 off the platform, and they can use the display of usernames as an excuse to claim that the sub is engaging in “harassment” and shut it down.

However, moderator AntonioOfVenice explained that they weren’t banning the user even though they had to remove the post…

“We don’t allow mentions of usernames of people who are not on this sub. Of course, you’re not getting banned here for posting it.”

So why is an image showing that the top power mods over the biggest subs on the platform so dangerous? Because it lets people know that there’s consolidated power on Reddit, and that a few people control the flow of information on the platform across the larger communities.

Imagine what kind of information flow you can manipulate based on what people can know about certain movies? Certain controversies taking place in the gaming industry? Certain images that question the establishment? Certain memes that ridicule propaganda?

You can very readily shape the minds of millions of people based on what you do and do not allow on those subs. A perfect example is how Reddit has banned users from posting memes about Sony and Naughty Dog’s The Last of Us: Part II. 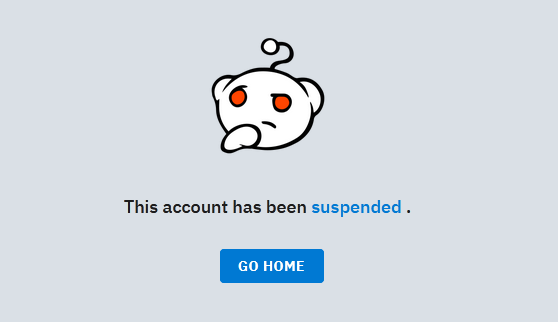 What was the meme that was so terrible that warranted the user suspended from Reddit and banned from /r/gaming/ for good?

Well, it was a picture of The Last of Us: Part II‘s PlayStation Store page showing all the five-star user ratings with a tab revealing that the game isn’t out yet and that it’s still in the pre-order phase.

Below that is a picture of Barack Obama giving Barack Obama a medal with the words “Sony” plastered across both the images of Obama, thus inferring that Sony has fixed the user ratings by allowing people who pre-ordered the game to rate the game before release.

The post was removed from /r/gaming/ and the user was banned.

This is the kind of information control that shapes or reshapes perception of current events, politics, history, world news, or even pop-culture.

This level of censorship is becoming increasingly dangerous to the point where soon you won’t even be able to criticize the establishment in any capacity, and any and all dissent will be stifled one way or another.