How To Fix Xbox One Backwards Compatibility Xbox 360 Profile Issues

Some people have had trouble connecting to Xbox Live when playing games via backwards compatibility on their Xbox One. When it attempts to download the Xbox Live profile for older Xbox 360 games it may get stuck on the profile download screen or state that it cannot connect to the Xbox Live servers, even if your Xbox One is connected online.

Various users reported this problem frequently after they found out that they couldn’t save their games unless an Xbox 360 Live profile was loaded onto the Xbox One. What ends up happening is that you cannot play the games online and you cannot save any of your game progress.

On a Reddit thread from four months ago back when the Xbox One backwards compatibility was in the preview testing mode, Xbox One owner mcdouglr posted a problem on the Xbox One sub-Reddit asking if the issue was a bug…

“Basically, I can access my 360 games, but for whatever reason it’s not recognizing my profile when I open the game. It asks me to download my profile, then says it can’t sign into Xbox Live, then sends me to the Xbox One’s test connection screen after the last prompt.”

Various other users have also been reporting the same problem. Having issues with saving their game on the Xbox One and not being able to troubleshoot a way around it.

Originally it seemed like it could have been a game issue, but it turned out that it was happening across multiple games, whether it was Gears of War or Perfect Dark Zero. Gamers were unable to connect to Xbox Live and download their Xbox 360 profile for the games running in backwards compatibility mode on the Xbox One.

However, a certain Iria2 posted that they had the same problem but found a fix by removing the Xbox One from an isolated quarantine on the network and it managed to work…

“Well what do you know! I DMZ’d the Xbox One and attempted to connect through Perfect Dark and it worked. I was able to connect to live through the 360 emulated interface and synchronize my profile.”

If you’re not sure how DMZ network settings operate and how to configure a DMZ host, you can read up about it on the TP-Link website.

A more straightforward suggestion is that a lot of people who claimed to have run into this problem were running their Xbox One via Wi-Fi. Don’t run it via Wi-Fi.

If you have a spare Cat5 cable, plug it into the back of the Xbox One for a hardline connection. Wireless connections prove to be less reliable than a wired connection.

Head into the system settings and proceed to disable and then re-enable the Xbox One’s online network. If your IP settings are on DHCP then it should automatically configure your IP address and the DNS settings.

Attempt to re-enter the game and press the two buttons on the Xbox One controller that represent “Start” and “Select”. It should pull up an Xbox 360 menu where you can attempt to sign-in and download your Xbox Live profile.

It should take a few moments to download the profile assuming it connects correctly.

If it does not connect correctly you can manually change the IP and DNS options for the Xbox One in the network section of the settings. You can find your DNS and gateway data by going to your PC, opening up Control Panel, going into Network and Internet, then going to Network Connections where you’ll see your current network setup. 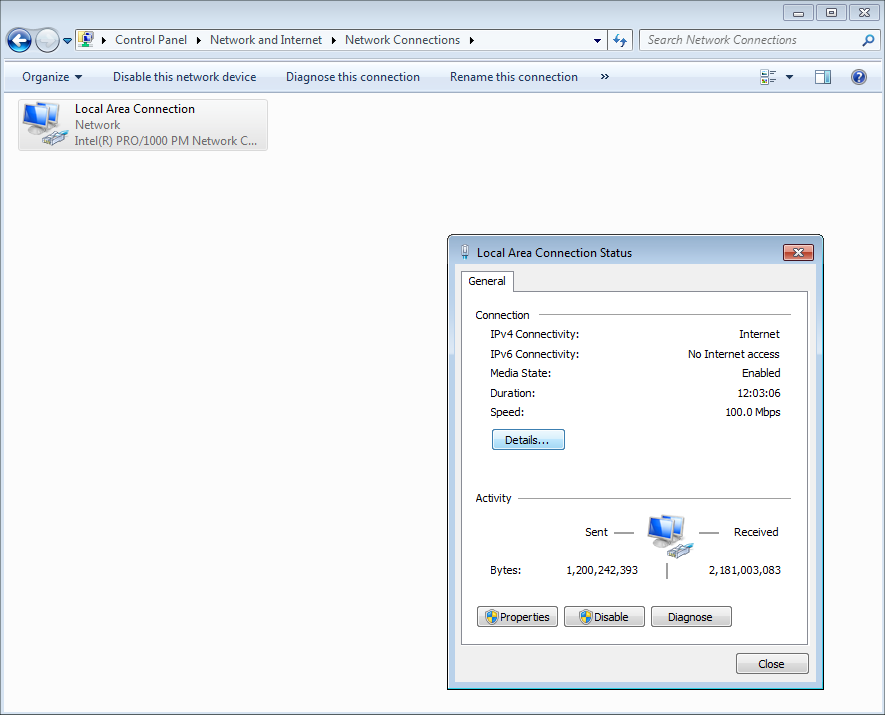 Right-click it and click on “Status”. It’ll bring up another menu where you can click on “Details” to see your IP address, the DNS server and the gateway address. You can manually choose the Xbox One’s IP address for your network setup and then proceed to put in the proper DNS, subnet mask and gateway settings.

Once you’re done – and if you do it correctly – test the network connection to ensure that it all works properly. If it doesn’t then go back and check the numbers to ensure everything is put in properly or if you would rather feel safer with it all automated, re-enable DHCP again.

Using a wired connection should allow you to download your Xbox Live profile to the Xbox One so you can save games and play Xbox 360 titles online.