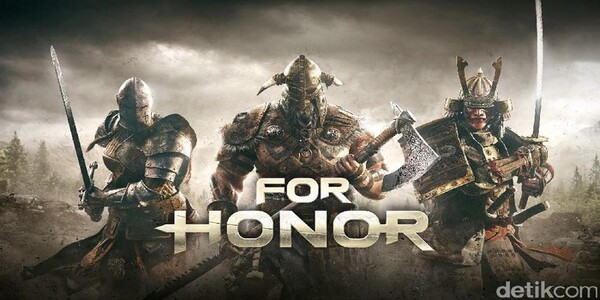 Ubisoft’s For Honor has managed to really strike up a chord with gamers after launching for the Xbox One, PS4 and PC. The hack-and-slash Vikings versus Samurai versus Knights game has its own campaign mode with a story centering around the Blackstone Legion, and their thirst for war. For those of you who are a little confused about the story campaign’s ending in For Honor, this article will attempt to explain it.

For Honor starts with Apollyon, the eighth leader of the Blackstone Legion – a violent faction of the Knight’s army – explaining how the world of Ashfield was once a battleground, a place of perpetual war between three major factions, the Samurai, Vikings and the Knights. This warring state was brought on after a cataclysmic event that disrupted the land, forcing the three factions to fight over resources.

Eventually the Samurai wanted peace and departed, the Vikings mostly died off, and the Knights took control of most of Ashield… until centuries later the Blackstone Legion began to rise. Under the leadership of Apollyon, the Blackstone began destroying the other Iron Legions, taking over their land and recruiting only their strongest warriors.

One of the warriors that Apollyon recruits is the honorable Warden, a Knight sworn to uphold peace. However, Apollyon doesn’t reveal to the Warden that her plan is to breed and nurture war. This becomes evident when the Blackstone Legion leads an attack against the Vikings and their food storage, not their warriors. The Warden becomes disillusioned when it’s revealed that Apollyon wants to foster war by starving off the weak tribes of the Vikings, forcing only their most desperate — that she called the “wolves” — to rise to the occasion, and fight for survival.

After seeing this act of savagery from Apollyon, the Warden departs from the Blackstone Legion, going their own way. 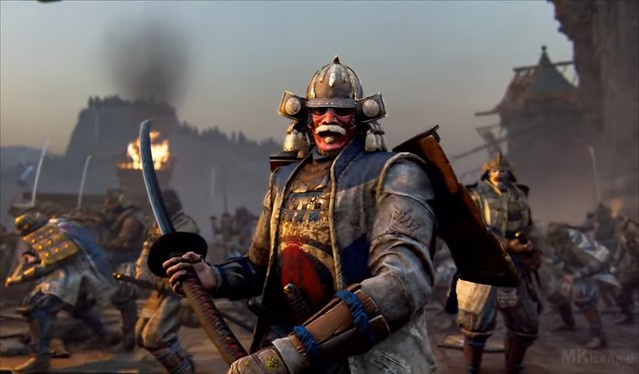 The Vikings, having been starved of their food supplies, begin fighting amongst each other during the harsh times of the winter. A Raider from a Warborn tribe becomes the “wolf” of the pack, retrieving food for his tribe and eventually taking things a step further by amassing an army and raiding the lands of his enemies… including the Samurai.

During the Viking raid on the Samurai’s grand palace, the Emperor’s Champion – who had been imprisoned for three years due to insubordination – ends up getting freed. Apollyon, meanwhile, attempts to unleash the “wolves” amongst the Samurai by forcing their top commanders and generals to fight to the death in a swamp. Her plan is that whoever is the last standing can rule the land, hoping that this will force the peaceful Samurai to once again engage in the art of war.

However, a Daimyu named Ayu who is forced to fight in the deathmatch setup by Apollyon, manages to convince the other commanders to work with her and amass an army to work together instead of fighting amongst each other.

Ayu is successful in uniting her people and leading her army to the gates of Ashfield in an attempt to defeat Apollyon and the Blackstone Legion.

Meanwhile, the Warden returns and manages to recruit some of Apollyon’s own right-hand generals to rebel against the Blackstone Legion. This happens after Apollyon’s thirst for war has created famine, desolation, death and destruction across the entirety of Ashfield, leaving nearly all the Iron Legion factions and its people extinct.

The Warden manages to cut through the Blackstone Legion forces, paving a way for Ayu and her army of Samurai to launch a final attack against Apollyon and her forces. 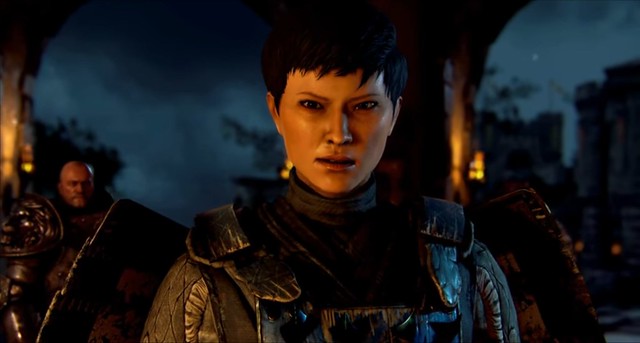 The Emperor’s Champion faces off against Apollyon in a one on one fight at the top of the collapsing Blackstone castle, where the Champion defeats Apollyon and learns that her only goal was to perpetuate war and unleash the wolves among each faction, keeping them thirsty for combat. According to Apollyon, Ashfield was in a constant state of disruption, constantly destroying itself, meaning that the natural order of things was destruction. She explains to the Champion that each of the factions needed to be pushed to unleash their wolves, to fight and make war, as war was the natural order of man, just as destruction and chaos was the natural order of Ashfield.

After defeating Apollyon, the Viking raiders attack the castle, and the Knights, Samurai and Vikings engage in a seven year war. The game ends with three of the top commanders from each faction meeting in hopes of bringing peace back to Ashfield… however, they resolve that they would all likely die in the process.

TL;DR: Vikings, Knights and Samurai leave peacefully among each other for the most part after previously having been engaged in hundred-year wars. Apollyon, the leader of the Blackstone Legion, devises machinations to create war amongst the Vikings, Knights and Samurai. It works. She manages to get all three factions to engage in years-long wars with one another because she believes that among all men there are “wolves” that need to be freed in order to quench the thirst of war. Even when the Blackstone Legion finally falls, Apollyon’s plan to maintain strife and war amongst the three factions lives on long after her defeat.