GTA 5 Online Unlimited Money Glitch For 1.31 Is Tricky But Effective

There’s a new money glitch making the rounds on GTA 5 online mode with the release of the new DLC expansion Executives and Other Criminals. The glitch for the patch 1.31 – which recently went live – allows gamers to duplicate a car and sell it for cash. Sadly this is not a solo glitch so you will need a friend or someone else to help you pull it off, especially if you’re on the PS4 or Xbox One version of the game.

So basically, have your friend get a car, and if they want you can have them put a tracker on it. Throw him out of the car and while doing so have them disconnect. PmHD suggests that your friend or the person you’re doing the glitch with should start the countdown from the number ‘5’ once you open your friend’s car door, and when they get down to the number ‘2’, disconnect from the game.

So it should be: Open the car door to throw your friend out. Start the countdown just before the car door is opened: 5, 4, 3, 2 (and when you get to around 2 then have your friend disconnect).

Store the car in your own garage and then proceed to sell it for the cash. 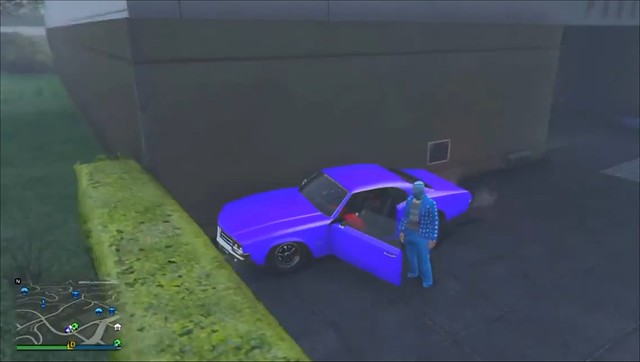 So what’s the benefit of this glitch? Well, a lot of people have complained that it just costs your friend money. However, if you have a tracker on the car it will create a duplicate. You can sell the car for money. Proceed to have your friend log back into the game – they should still have their upgraded car if they have a tracker on it – and then rinse and repeat the process.

Is it effective? Well you can get some decent cash by selling the car. The idea is that it tricks the game into thinking it’s just an upgraded NPC car if your friend disconnects before you’re fully inside, so you can just sell it for some extra cash.

Is it tricky to do? Yes. According to PmHD it took him several tries before the glitch worked and they were able to make money using it. Is it effective? If you have the time and you’re willing to cheat… sure.

Don’t expect this glitch to go unnoticed by Rockstar, though. They’ve been vigilant in cracking down on money glitches for GTA Online in order to keep selling those Shark Cards. Heck, Take-Two Interactive sent cease and desist letters to the modders making the separate multiplayer modes for GTA V so gamers could play modded content online with other players. The greed is real.