I Am Setsuna Ending Explained

Square Enix and the Tokyo RPG Factory managed to strike success with the JRPG I Am Setsuna. The game for PC and PS4 has struck a chord of nostalgia with a lot of gamers. As for the ending, some people may be wondering what happened given the rapid fire events that take place during the final boss fights. Well, the ending plays out like a more depressing version of Chrono Trigger.

The main character in I Am Setsuna, Endir, originally is supposed to kill Setsuna, but he eventually joins and protects her since she convinces him that she will die anyway, and if he sees her through to the end of her journey his mission will be complete regardless.

After gathering a party and venturing to the Last Lands to complete the sacrifice, the party finally meets the Time Judge.

It’s revealed that the Time Judge created Aeterna as a magical clone to move outside in the “normal” realm. The Time Judge had to stay at the end of time in the Last Lands as a way of keeping the Dark Samsara at bay.

Those gifted with magical energy and life force would pass their abilities on to the Time Judge so that the Time Judge could sustain the realm. The “sacrifice” was essentially used to keep the Time Judge powered and the Dark Samsara at bay.

However, the Time Judge reveals that even when the sacrifices were made the Dark Samsara still eventually destroyed the planet and the Time Judge would have to rewind time using the Space-Time Spirtnite, only for the same thing to repeat itself time and time again.

If the group chooses not to make a sacrifice and instead choose to fight the Dark Samsara things finally change and the loop is broken. The other major change is that Endir joins the party this time around, helping to give them a fighting chance. 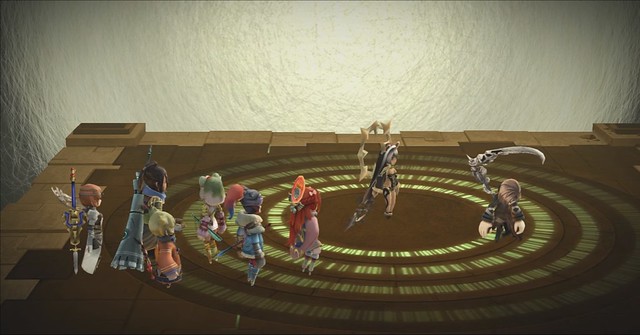 One of the former bosses, Reaper, also joins the party under the name Fides. This happens after being resurrected by the Time Judge following his defeat at the hands of the party, which freed him from the Dark Samsara’s control.

After venturing into the realm where the Dark Samsara is located, the party must face off against different parts of the Samsara locked away in rock capsules. Each of the four rock formations represent boss enemies that different party members had fought in their previous journeys to accompany the sacrifices to the Time Judge.

Eventually they defeat the Dark Samsara but it’s revealed that the Samsara wasn’t a monster after all.

It turns out that the Samsara was a tortured human with exceptional magical abilities that was used in a long and disastrous scientific experiment to restore magic abilities to humans. Originally it was a young man who volunteered for the experiments under the impression that it was to amplify his magical abilities, but things got out of control and he became an unstoppable monster of never-ending power and energy.

The torture and experimentation drove the young man mad, and the Time Judge used all of her power to keep him locked away in the sealed realm. Unfortunately, the Time Judge could not leave there, and had to stay there for a thousand years, perpetually being fed magical sacrifices to maintain her magical life force energy and keep the Samsara sealed away.

After defeating the Dark Samsara it used its last bit of energy and power to travel back in time to prevent the Time Judge from using the Space-Time Spiritnite from rewinding time.

After traveling back in time, the duo travel to the snow monument where they first met and where Endir tried to kill Setsuna. Up near the monument is the Dark Samsara in a partial human form. He reveals that he cried and begged for them to stop but the experiments were unending as the scientists were intent on finding ways to restore magic to the human race. Eventually the Samsara became filled with nothing but magical emotions filled with rage, anger and hatred.

Endir and the Youth battle it out, and Endir ends him quickly. Setsuna, however, intervenes and absorbs his soul into her body, saying she would rather stay close to him than let history repeat itself. 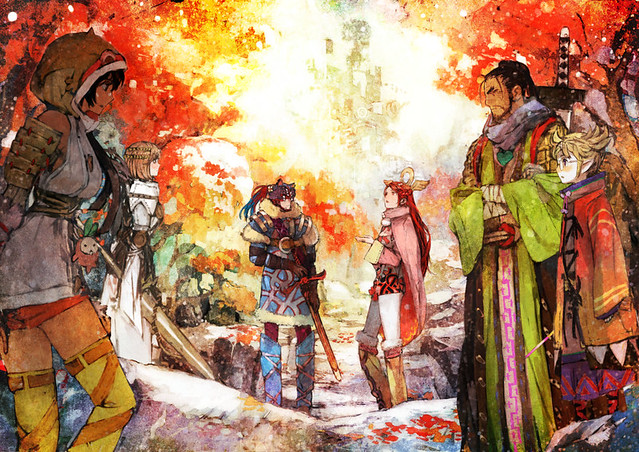 Setsuna attaches her soul to the Youth (formerly the Dark Samsara) and asks Endir to destroy her body. Players will have a choice of whether or not to kill Setsuna, which is what Endir was tasked with at the beginning of the game. After making the choice the screen fades out showing the fate of the other party members, which includes Aeterna fading from existence while the others return home, including Fides.

The game fades into the credits the same way that the game started, with Endir walking through the dark snowy forest.

After the credits end Endir is seen traveling back home. While he travels through the snowy land the spirit of Setsuna floats down by a tree to watch over him in his travels.