Ubisoft released the latest piece of DLC for Watch Dogs 2 called “Human Conditions”. The new content is out PC, PS4 and Xbox One owners. For gamers looking for a full walkthrough of the new DLC, you can find it right here.

YouTuber RabidRetroSpectGames has up the full content of the DLC featuring the different missions. You can check out the walkthrough below.

The first task is to meet with Wrench on top of a rooftop and then follow the nav points to the coffee shop after picking up a guy. You just have to drive around while Marcus tells him a story.

This is literally just a standard nav point mission until he gets a call and you have to drive back to the city while a timer counts down.

Once the hack is complete head to Kodaprint and start the next phase of the mission.

You can use the crane truck to run over the guards and then use Marcus to hack the gate.

Head inside and and you can use the jumper to hack the servers and download the care’s blueprints.

The mission doesn’t end there. You’ll have to get the data from the engineer’s home, so steal a ride and drive over there.

Hack the phone outside his house and you need to tamper with his computer, and then when he gets up to check his computer, switch over to his PC and snap a photo of his eyes.

You’ll also need a voice print, so you can either sneak into his house or use the drone/jumper to infiltrate his house.

When you get inside, you can use the jumper to grab a recording of his voice samples from his kitchen, bathroom and his bedroom.

Once you get the retinal scan and voice samples, head to WKZ studios.

You can use the Jumper to infiltrate the air ducts of WKZ, and follow the ducts to the server room where you’ll need to install the USB drive onto their computers.

Head upstairs with the Jumper and plant the mic inside the green room.

Once you plant the data, you’ll need to move Marcus into the building to steal the car itself. Once you drive the car to safety the mission will be complete.

Marcus will need to head to the homeless encampment after Lenni gives him a tip.

This specific part of the mission is just moving around the homeless area and talking to people.

Go find the injection gun in the yellow trash can. Use Marcus’ phone to track down where the nanotech has been used in the homeless camp. You’ll need to use the Jumper and travel underneath a shack to reach the doctor’s bag with the ID inside. 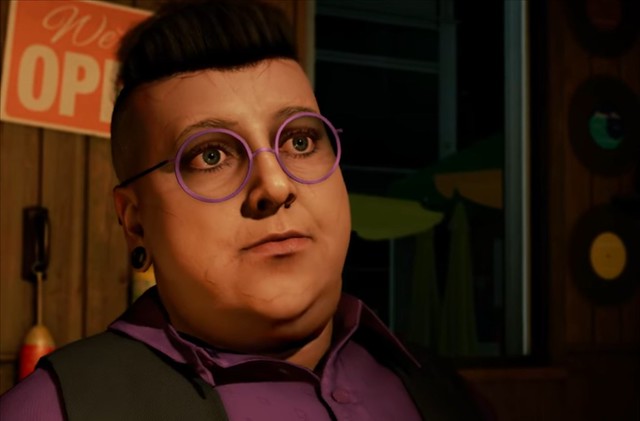 Talk to the man under the cardboard box. Also check Marty again to complete the homeless encampment segment.

Proceed to the medical camp and infiltrate the camp. You can use the Jumper to get inside and hack the datapad being carried around by one of the doctors.

Sabotage the Rensen medical shelter and then head to the Rensen Laboratories to meet Josh.

Head into Rensen and complete the puzzle the 29:00 minute mark to bypass the security and gain access inside the facility.

You’ll need to free the captives, overload the nanotech containers and get the deactivation code. Once you complete each of the segments within the facility, make a daring escape to cue the cutscene.

The final mission in the Human Conditions DLC is called “Bad Medicine”. The full playthrough of the mission is below.