Seth Ickerman and Carpentur Brut’s Blood Machines is finally gearing up for release sometime later this year. However, before that happens they need just a little bit more money to finish off the film and put some more work into the special effects after they extended the flick by 20 extra minutes from a half-hour short film to nearly an hour long in length. So to help with the finality of the project they started a second Kickstarter campaign.

The team are currently seeking funds for to finish up the CGI and tidy up the film for release later this year. All the principal photography is complete and the story is all wrapped up nice and neat. It’s actually somewhat of a spiritual sequel to Ridley Scott’s Blade Runner.

The film centers around two bounty hunters who track down machines subsumed by rogue AI, and when they shoot down one of the ships a female “ghost” escapes from the ship and the two bounty hunters go in search of the mysterious female. You can check out the pitch video for the second Kickstarter campaign below.

They initially got the movie funded last year with €185,133 in crowdfunding. They then released a teaser trailer for the upcoming film to give backers an idea of what they were working on.

Now that the film is finally wrapped and they managed to extend the length of the flick by an extra 20 minutes, they’re looking for some more help with bringing this techno-horror, space opera to life.

Thankfully Ickerman isn’t enveloped in the creed of political correctness, and we can very well see from the fact that the poster has a naked chick on it and there is plenty of nudity in the film itself. 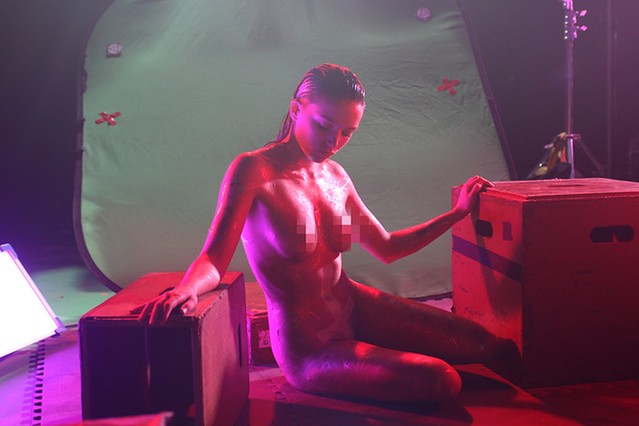 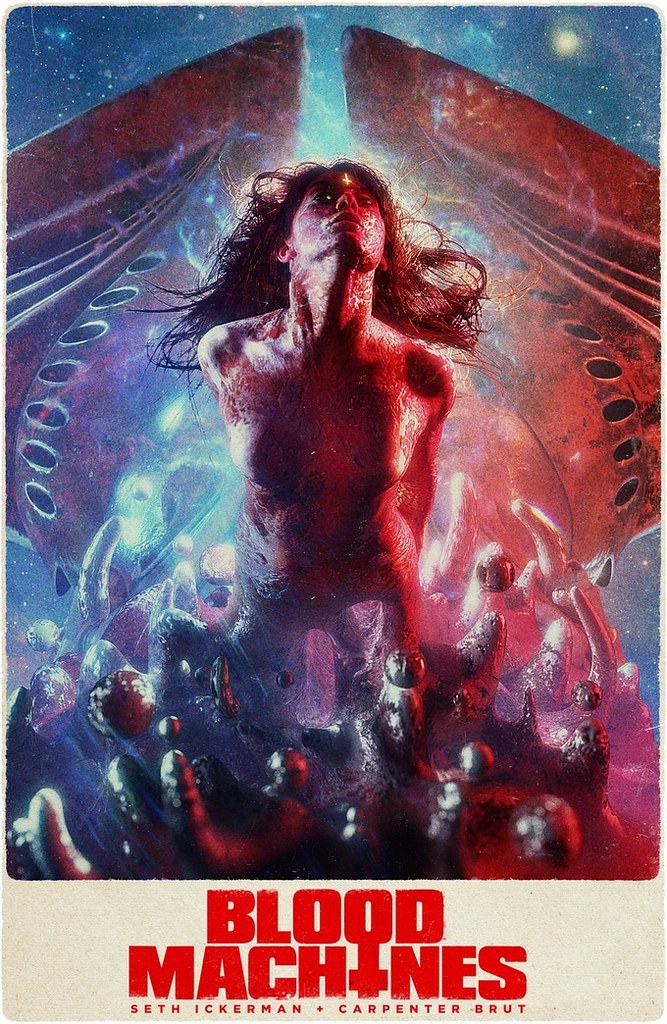 The movie has some really amazing visuals, hearkening back to the days of old where the French renaissance of techno-noveau comics like the Metal Hurlant series were all the rage. It also manages to borrow concepts from some of H.R. Giger’s work, such as theme of the biomechanical soul.

The grungy ship designs, and horror-aesthetics really helps Blood Machines stand out as a real work of art, even with what little we’ve seen of it so far.

Now if they can manage to finish off this second round of funding they have already managed to strike some deals with streaming distributors, so people will definitely be able to see Blood Machines in more places than just the official website.

The project was actually borne out of the Carpenter Brut music video for Turbo Killer, which Blood Machines is the sequel to. In case you missed it, you can watch the original video below.

I rewatched that so many times… it’s just such an awesome piece of work all the way around. It’s a shame that artists in Hollywood aren’t half as talented as these guys. Most of today’s schlock is filled with SJW propaganda, awful predictable stories, forgettable actors, and crappy CGI.

Anyway, if you like what Ickerman and the crew is putting together with Blood Machines and you want to see the film get its final touches, you can contribute to the cause by visiting the official Kickstarter page. They have 29 days to go and a goal of $56,000. They’ve already managed to accrue $12,200 as of the writing of this article, so they’re well on their way to having another successful crowdfunding run.

(Thanks for the news tip Djinn)