Final Fantasy VII Remake has a new teaser trailer showing off various cut-scenes and in-game footage along with familiar faces — sans Tifa, though. Moreover, the upcoming PS4 exclusive that’s a remake of the popular 1997 RPG by Square Enix will gain more info this June.

It has been a long time since we’ve heard anything on FFVII Remake, which this point and time ends said radio silence. In addition, key staff from the original release have come together to re-tell the “epic story” sporting “captivating characters.”

Anyway, you can check out the new English and Japanese teaser trailers for FFVII Remake courtesy of FINAL FANTASY and Square Enix Channel: 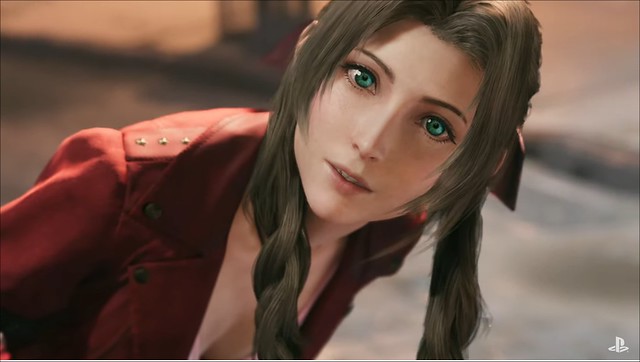 Thanks to blog.us.playstation.com we learn why Square Enix chose to show FFVII Remake during the PlayStation’s State of Play event as explained below:

“Finally… the long awaited moment has come. Sorry to keep you all waiting so long!

We hope you enjoyed the footage shown during State of Play. It was quite short, but hopefully you enjoyed seeing Cloud and Aerith brought back to life with such realistic graphics.

And oh my god! Did you notice he was there too…?

We are preparing to release more official information in June, but we wanted to try
something new here on State of Play by showing you this special trailer as a taste of
what’s to come.

Stay tuned for more updates about the Final Fantasy VII Remake in the future!”

Now to address the elephant in the room, Tifa is missing in the trailer intentionally. We can see she’s on the team during battle scenes but nowhere to be seen. This becomes increasingly odd when Cloud, Aerith, Barrett, Sephiroth, Jessie, Biggs, and Wedge are shown.

With that said, June is the month that will relay all sorts of FFVII Remake info so stay tuned. In the meantime, what’re your thoughts on the new teaser trailer?