8496401cookie-checkSekiro Mod Lets You Play As The Hot And Sexy YoRHa 2B From Nier: Automatano
News

Sekiro Mod Lets You Play As The Hot And Sexy YoRHa 2B From Nier: Automata

Modders have been in love with Yoko Taro and Platinum Games’ unforgettable YoRHa 2B since the game came out back in 2017. They’ve been including her in a number of games as a playable character thanks to the wonderful world of PC modding. The latest game to receive the callipygian dame is FromSoftware’s too-hard-for-journalists hack-and-slash title, Sekiro: Shadows Die Twice.

The mod was put together by Forsakensilver, and uploaded to NexusMods. You can download the mod for the PC version of Sekiro right now from over on the download page.

The 30MB modification comes in two different formats, one with a skirt and one without a skirt. So if you want to run around and imitate the kind of play-style aesthetic present in NieR you can grab the skirted version. But if you want to look at that juicy derriere then you can download the no-skirt version. 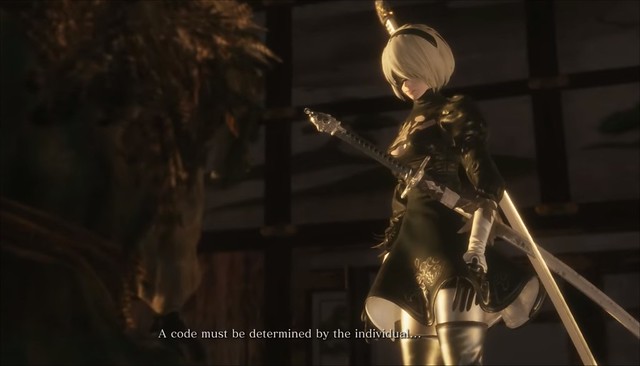 The mod not only replaces the main character with 2B, but it also comes with the default katana that she used in NieR: Automata.

In order to install the mod you’ll need to first:

After that you’re all set.

Now if you want to swap out the male voice for a female voice, you can do that by downloading the Female Injury Sound Pack.

You can get an idea of what the mod looks like running in its native form thanks to YouTuber Quest Gaming TV.

With the mod properly installed and the extra packs put into place, your Sekiro experience will likely be a heck of a lot hotter than before.

As Forsakensilver said, “Everyone likes a waifu”… well, except for maybe Sony, Western developers, Social Justice Warriors, and everyone who adopts the regressive views of the Intersectional Inquisition. Otherwise, yes Forsakensilver… everyone loves a hot and sexy waifu.

Sekiro: Shadows Die Twice is available right now for PS4, Xbox One and on the Steam store for PC.