Sloane Skipper Wolf, a Nintendo of America representative, has come under fire recently after making a tweet about supporting the fast food chain, Shake Shack, for allegedly poisoning cops. 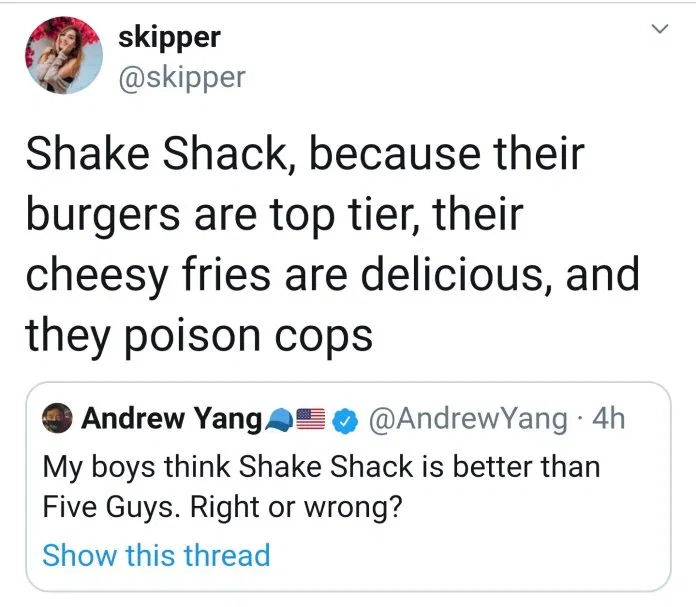 Fox News contributor Jason Chaffetz alerted Nintendo of America about Wolf’s tweet, which prompted her to close her Twitter account and remove any mention of Nintendo from her social media profiles.

Moments after my tweet her account suddenly changed to private and she changed her bio. @NintendoAmerica might want to look into what @skipper tweets about, the poisoning of police, while she represents Nintendo and their social media. https://t.co/P2PPwhQ3YW

However, it should be noted that Bounding Into Comics reported that an investigation was launched into whether or not Shake Shack actually poisoned three officers, and it turned out that that was not the case, .

After a thorough investigation by the NYPD’s Manhattan South investigators, it has been determined that there was no criminality by shake shack’s employees.

As noted by SausageRoll and Bounding Into Comics, Nintendo has not commented on Wolf’s conduct.

Despite Wolf going into hiding after making the tweet, news sites still picked up on the tweet and broadcast it around.

A similar incident happened with another Nintendo rep back in 2016 named Alison Rapp, who was fired for moonlighting as an escort.