In the midst of fans expecting Final Fantasy VII Remake Part 2, Square Enix satisfied fans by launching Final Fantasy VII Remake Intergrade. After successfully releasing on the Playstation 4 platform, the Intergrade version now comes with smoother graphics quality improvements and the addition of interesting content. It’s a bit unfortunate, the latest version will only be released exclusively on the PS5 platform on June 10, 2021. 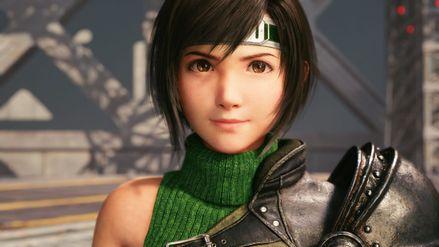 THE STORY STILL THE SAME

The storyline in the Remake Intergrade version is actually not much different from the original version, both Remake, and PS1. This game still takes place in Midgar, an industrial city that is completely filled with an energy company called Shinra. At the beginning of the game, players will see a scene where Cloud, Barret, and their friends are violently rebelling against Shinra’s movements and plans. Cloud here is known as the former SOLDIER Shinra, who has now turned into an Avalanche chartered mercenary. 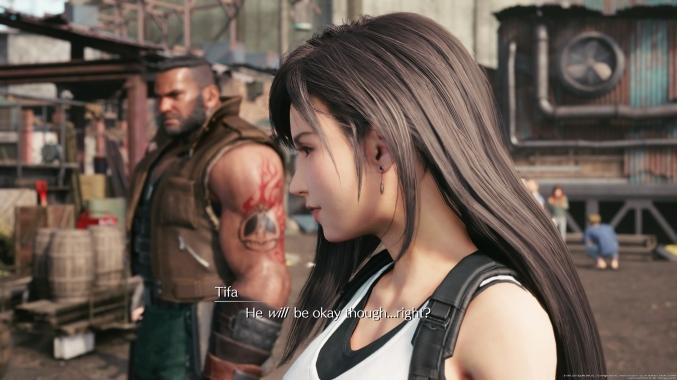 Besides focusing on Cloud’s story with his friends in dealing with conflicts from Shinra and the figure of Sephiroth, Final Fantasy VII Remake Intergrade still presents Quests from several characters.

This quest can be said to be a plus from the Remake version, where players can do side missions to follow the storyline and the background of each character. So that all the stories in it look varied and not monotonous, focusing on only one character. 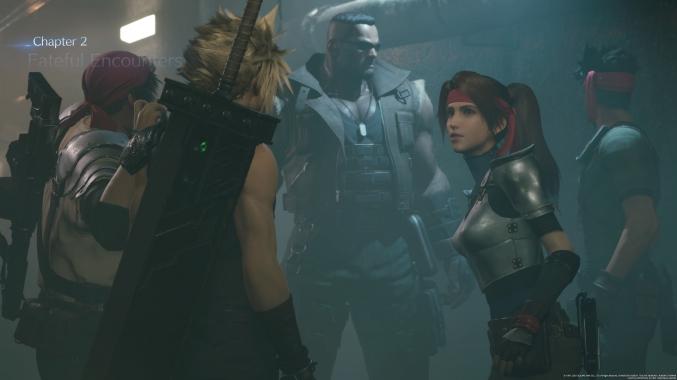 In the Remake Integrate version, the addition of a new episode called INTERmission. As previously reported, the Intermission episode focuses on the story of Yuffie Kisaragi, along with his partner, Sonon Kusakabe. In the midst of the chaos of Mako Reactor 5, this elite ninja from the Wutai region takes the action in Midgar.

They are assigned to steal the strongest material from the Shinra Electric Power Company, in order to restore glory in their homeland as a form of revenge. 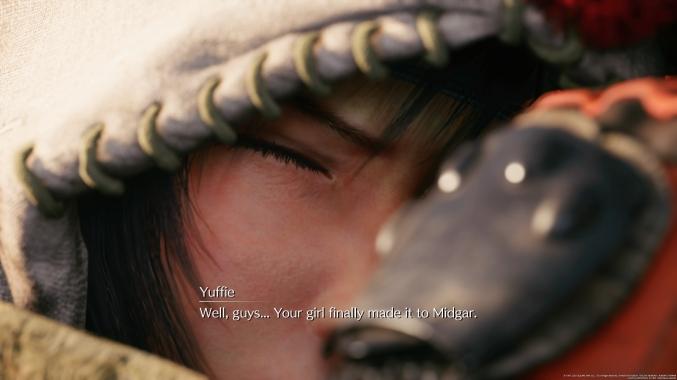 During their adventure, Yuffie and Sonon are also assisted by several people from Avalanche HQ. Call them Zhijie, Nayo, Billy Bob, and Polk. They will help Yuffie’s mission, as well as aim to free the citizens of Midgar from acts of injustice committed by the Shinra company.

In order to prevent spoilers, for the continuation of the story of the Yuffie episode, you can buy and play the INTERmission episode.

GAMEPLAY IS NOT MUCH DIFFERENT 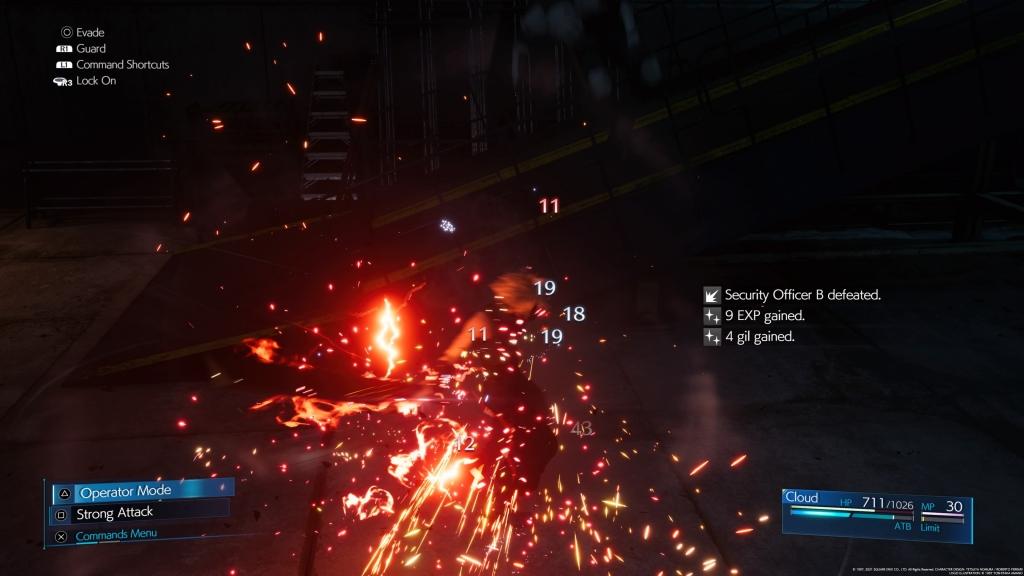 If players have ever played Final Fantasy VII Crisis Core, of course, they are not unfamiliar with the gameplay and combat in Final Fantasy VII Remake Intergrade. No longer carrying a turn-based system with random encounters like the PS1 version, the Remake version actually applies the concept of an action RPG with real-time combat.

Players can attack by pressing the square and dodge buttons to avoid enemy attacks with the round button. Meanwhile, to launch a special attack can press the square button. 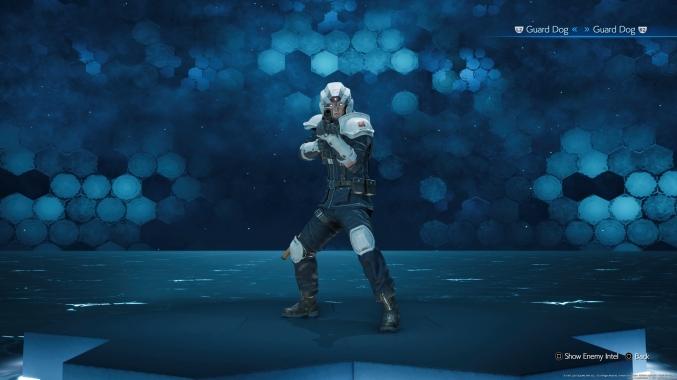 According to the Writer, the gameplay of the Intergrade version doesn’t really change much from the previous Remake version. When outside of battle and walking around, players can only control Cloud. Meanwhile, when fighting, players can change characters.

However, it is necessary to know what type and movement of the enemy will be faced, in order to plan a strategy properly. For example, Barret is able to attack enemies from a distance, if the enemy he is facing is a melee type. 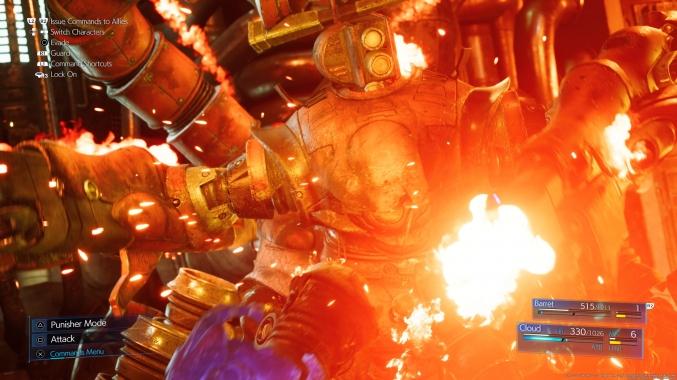 In addition, the Materia system is not absent in Intergrade. As in the PS4 Remake, players can collect a lot of Materia to improve each character’s abilities. For those who have never played Final Fantasy VII or the PS4 remake version, Materia itself is an orb-shaped item, which allows players to upgrade weapons, armor, have the strongest spells, stats, and buffs, to Summon.

This item is the main key of all gameplay and combat throughout the Final Fantasy VII PS1 version until the latest. 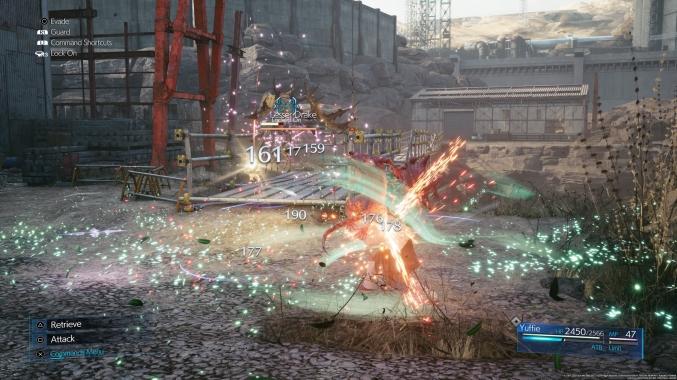 The INTERmission episode is also seen using the same gameplay and combat concepts as Final Fantasy VII Remake and Intergrade Remake. However, the difference lies in controlling the characters. In this episode, players only have one additional party, namely Sonon. Unfortunately, Yuffie is the only playable character. Even though Sonon is a party, players cannot switch characters but can give various commands. 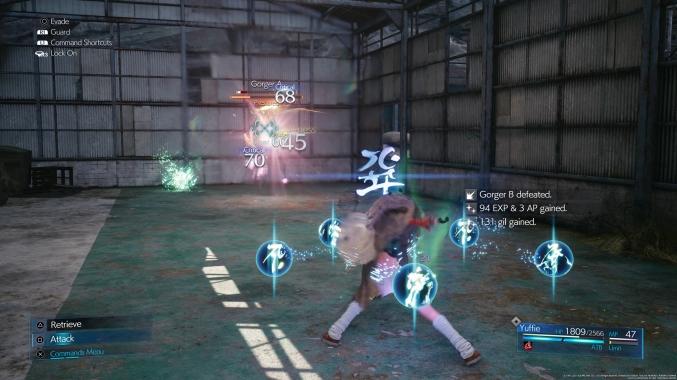 Nevertheless, Yuffie is one of the interesting and fun characters to play. It can be said that he is very adept at close and far range attacks thanks to his shuriken. Like the Intergrade Remake, Yuffie also has a Materia menu, which allows players to collect as many as they can to improve their abilities. 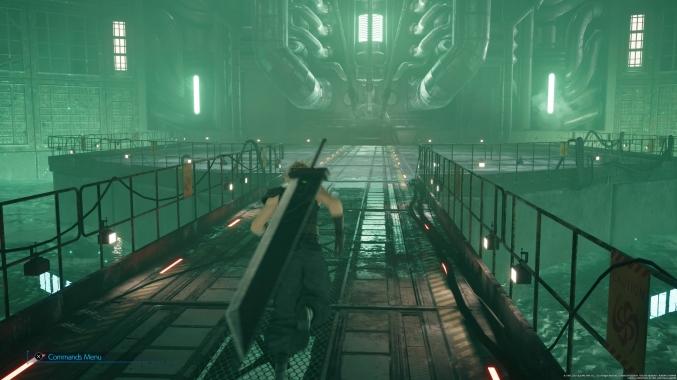 Although in terms of story and gameplay, it is almost the same as the previous Remake version, the Intergrade version adds new features that are ready to satisfy fans. One of them that players already know is the visual and graphic updates that look smoother.

Graphic quality is the main point highlighted in Final Fantasy VII Remake Intergrade. Various object textures and lighting have started to be improved properly in the latest version. In addition, the loading times that are served are also relatively faster than the PS4 version. 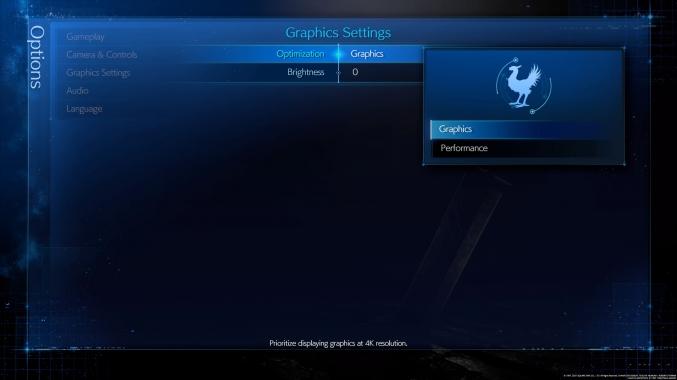 Some of the other changes offered at Intergrade are the mode options which are divided into two, namely Graphics Mode and Performance Mode. 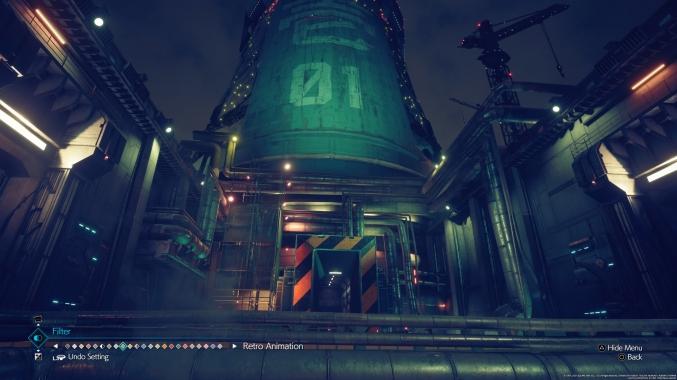 In addition to the option of two visual modes, Final Fantasy VII Remake Intergrade features a Photo Mode. For players who like to take screenshots in-game and display them on social media, Photo Mode can be put to good use. Interestingly, from this mode, players do not only adjust the camera position, but also the angle, color, and exposure. 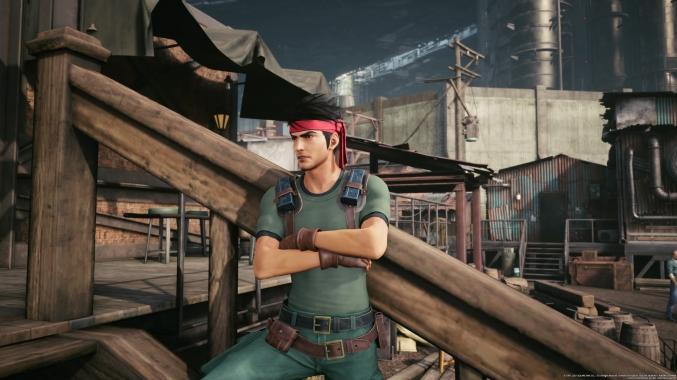 Besides that, interestingly from Final Fantasy VII Remake Intergrade, it takes advantage of the Haptic Feedback feature on the DualSense controller. So, players can feel the experience of playing Final Fantasy VII Remake Intergrade becomes more real and tense. Players also no longer feel the vibrations on controllers that are too ordinary like DualShockers in this game. Like when the battle is more challenging or the scene is thrilling, this function on the DualSense controller only works.

YUFFIE EPISODES WHICH IS FUN TO PLAY 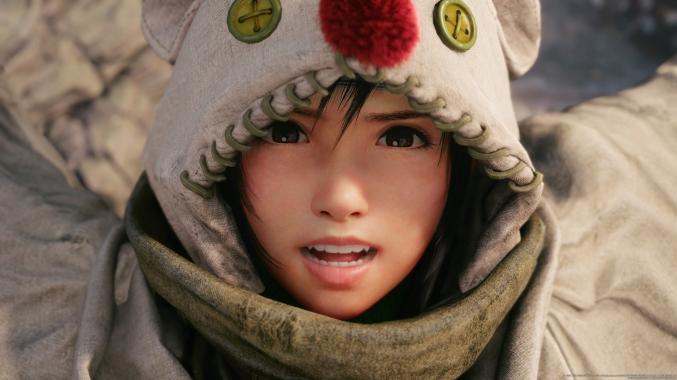 One of the main points that caught the attention of fans in the latest Final Fantasy VII Remake is the INTERmission episode. As mentioned in the previous point, INTERmission focuses on the point of view of Yuffie Kisaragi, who will later join and adventure with Cloud. This episode is the story of the beginning before Yuffie met Cloud and other parties. 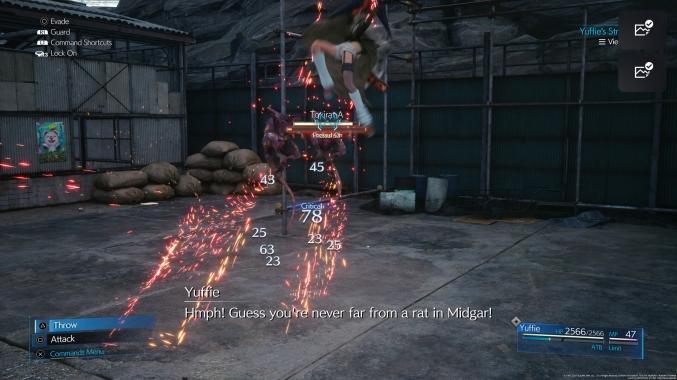 In addition to introducing Yuffie and Sonon, INTERmission also presents a series of new characters. Starting from the group from Avalanche HQ (Zhijie, Nayo, Billy Bob, and Polk), as well as 3 antagonists including Scarlet and The Crimson Mare, Nero, and Weiss who previously appeared in Dirge of Cerberus. Interestingly, Weiss is a secret boss that can be fought in Shinra Combat Simulator. In Hard mode, players can beat him in Chapter 17 through this INTERmission episode. His brother, Nero, who previously appeared in Dirge of Cerberus is also back here as the antagonist. 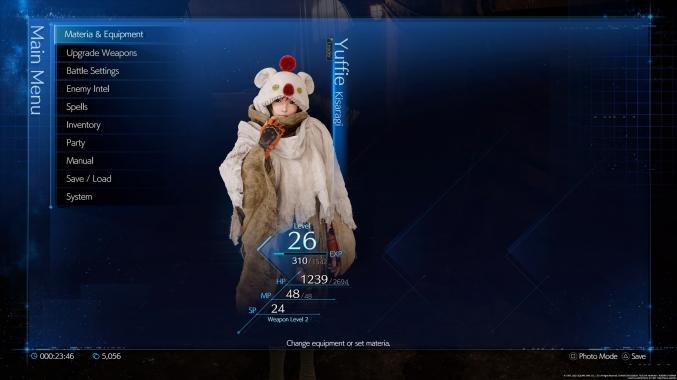 Talking about the battle mechanism, Yuffie and Sonon can synergize with each other even though players can’t play Sonon. There is one interesting thing when both have ATB that has been filled, then they can launch a great attack. There are two types of synergy here, namely Art of War and Windstorm. The Art of War allows both of them to hit enemies with massive damage. While Windstorm allows them to issue a kind of gust of wind that is ready to destroy the surrounding opponents. 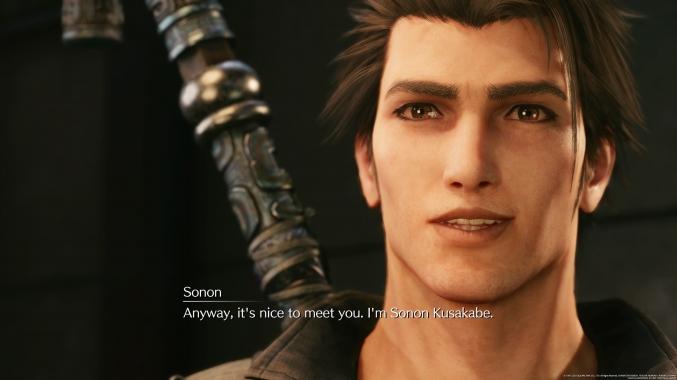 In addition to synergy, Yuffie and Sonon also have Limit Breaks like other Final Fantasy VII characters. Limit Breaks can only be launched when the gauge is filled. Yuffie’s Limit Breaks are Bloodbath, which allows her to issue blows that deal massive damage. Meanwhile, Sonon’s Limit Breaks are called Dance of the Dragon, which is able to launch a powerful attack thanks to the blows from his stick aimed at the opponent. 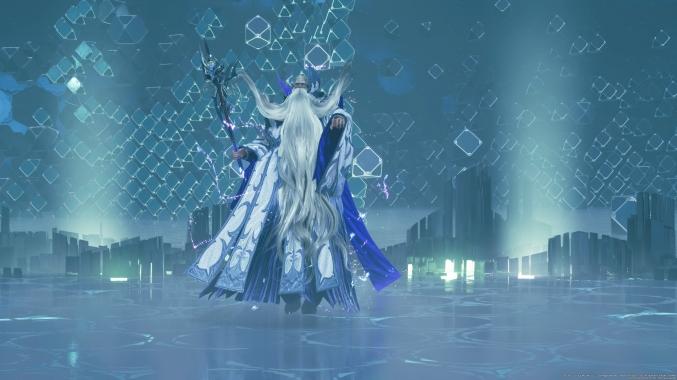 Like Cloud, Yuffie can also interact with surrounding objects. For example, he can destroy Shinra’s box or throw a shuriken to press a switch from a distance. Since Yuffie acts as a ninja, he can perform various actions according to his profession, such as crossing the walls in the middle of the city and the surrounding environment. In addition, if Yuffie can also recover blood just by sitting. 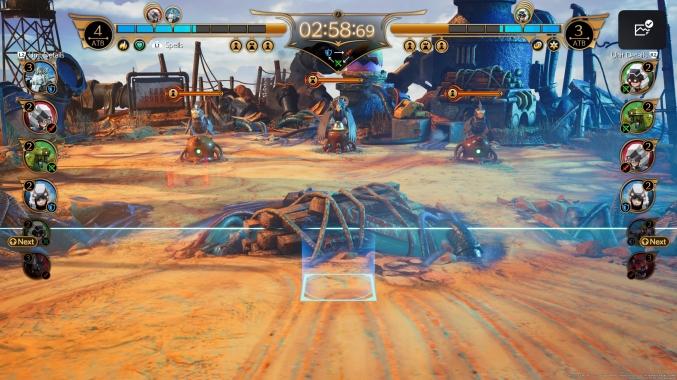 Not to forget, the INTERmission episode also features a variety of interesting minigames, just like the original game version. One of the famous ones is Fort Condor. Through this card strategy minigame, players are tasked with defeating fellow players while assembling the strongest deck, in order to defend their own base. In addition to Fort Condor, there are various side missions and other fun minigames. Call it like a minigame infiltrating without having to be caught by a dog, Shinra Combat Simulator, and others. In Shinra Combat Simulator, players can find new summons that can be fought if they have a high enough level. The summon in question is Ramuh, who is Lord of Levin and controller of lightning.

Final Fantasy VII Remake Intergrade itself has not undergone many major changes from the previous Remake version. In terms of graphic and technical quality, it deserves thumbs up, because it is the main focus of the development of the PS4 Remake, which has been improved. In addition, Square Enix doesn’t seem to want to be left behind in utilizing and aligning the Intergrade version with the PS5’s DualSense feature, namely Haptic Feedback. 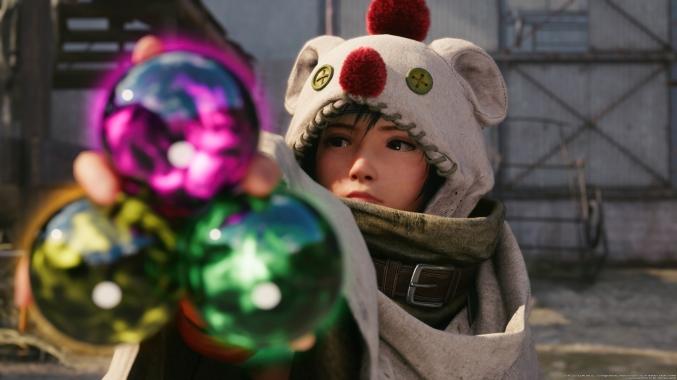 Meanwhile, the INTERmission episode became a well-packaged Final Fantasy VII Remake Intergrade DLC. Something that cannot be found in the PS1 version, players can find out Yuffie’s background before joining and meeting Cloud and his friends. Gameplay-wise, this episode allows players to play as Yuffie, who can be said to be quite agile in moving and attacking opponents. But it’s a bit unfortunate when players can’t change characters with Sonon and can only give commands. However, the INTERmission episode as a whole is able to make it a stunning Final Fantasy VII episode.