162080-11cookie-check[Anime of The Week] The Detective is Already Dead, The Amazing Story of Detective Siestano
Reviews

[Anime of The Week] The Detective is Already Dead, The Amazing Story of Detective Siesta

This week, Oneangrygamer will discuss Anime of The Week’s recommendations, entitled The Detective is Already Dead. Also titled Tantei wa Mou, Shindeiru in Japanese or popularly abbreviated as Tamoshi, one of the newest anime recommendations in 2021 is famous for presenting a new waifu character named Siesta which has become viral on various social media.

This anime-recommended series is also popular because the famous VTuber characters Shirakami Fubuki and Matsuri Natsuiro who are members of Hololive Production appear in the main story as their own roles in Episode 3 of The Detective is Already Dead. Curious how exciting the recommendation for the anime of The Week, entitled The Detective is Already Dead? Here’s the review.

Anime of The Week Full Review

The Detective is Already Dead, the Anime Title That Spoils the Character’s Fate 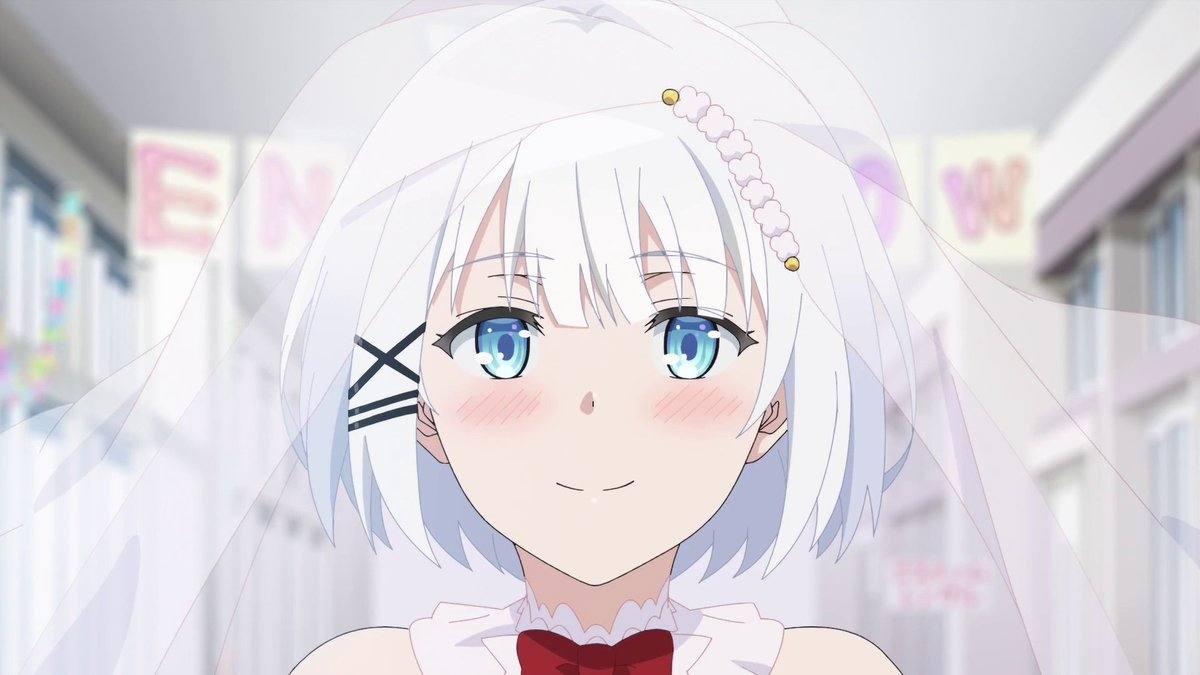 Usually, the excitement of anime might decrease if you as the audience already know the spoilers or leaks of the story, but in the anime recommendations that we discuss this time, the spoilers that have been revealed in the main title actually make this story even more interesting. Judging from the fairly long title, The Detective is Already Dead, you can definitely immediately know the theme of the story and at the same time how the fate of the characters in one of these anime recommendations will be.

As the title implies, The Detective is Already Dead tells the story of a young detective named Kimihiko Kimizuka who gets a mission to deliver a package of goods that he doesn’t know what’s in it on a flight on a commercial plane. The flight attendant’s notification over the loudspeaker that needed detective assistance while the plane was in mid-flight took Kimihiko by surprise.

The beautiful white-haired girl sitting beside Kimihiko turned out to be a young detective too, after getting acquainted with her unfamiliar name, Siesta, they headed for the sound source located in the pilot’s cockpit. Suddenly Kimihiko became an assistant to detective Siesta, they also faced a fairly serious case, namely the hijacking of the plane that had taken control of the flight by making the co-pilot unconscious.

The hijacker, a young man, challenges Detective Siesta and Kimihiko who are now his assistants in a guessing game that risks the lives of all the passengers on the plane. That was the first case that Kimihiko had with Detective Siesta, which was then told in the first episode that several years later Detective Siesta had died according to the anime’s title.

Even so, the character Siesta is still alive in a different body even though the character has died and the series of flashbacks to reveal the truth in this anime make it interesting to follow. The back-and-forth flow presented by The Detective is Already Dead anime is also very exciting in uncovering each plot that further reveals the facts of the deceased Detective Siesta. 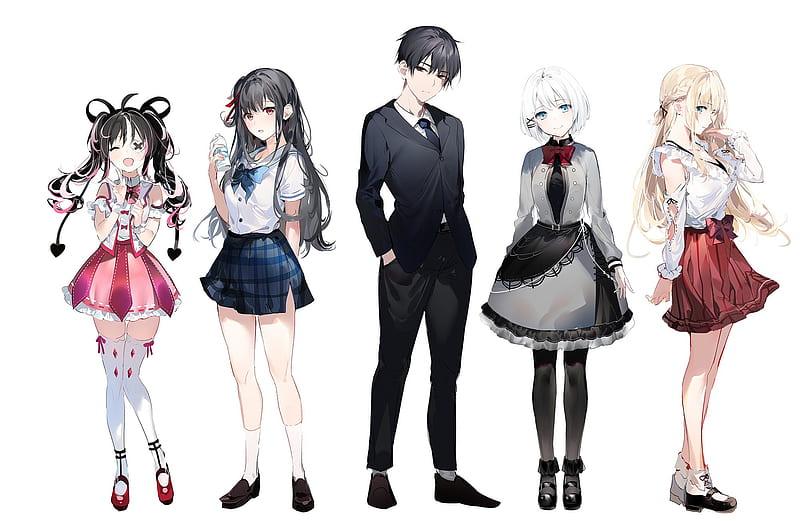 For those of you who like detective romance-themed anime like Detective Conan, The Detective is Already Dead, this can be an anime recommendation that you can enjoy with the excitement of solving various cases and puzzles that require analysis and guess who the real culprits are and their motives. The characterization of Kimihiko Kimizuka as a young detective who is considered bad luck because there are always cases that occur where he reminds us of Conan Edogawa.

The first case of Kimihiko with Siesta that occurred on a commercial plane flight also reminds us of the first case of Shinichi Kudo, Detective Conan’s alter ego who investigates the murder in the “iron bird” that took him on a Japan-United States flight.

The atmosphere of the Angel Beats anime that makes the baper is also felt in The Detective is Already Dead, with the similarities between Siesta’s character and Kanade Tachibana’s character who is both a cute girl with white hair with a calm nature but also a tough fighter. Siesta’s heart which was transplanted into Nagisa’s character so that it remains alive in it is similar to the incident of Kanade’s heart which turned out to be Otonashi’s previously donated heart. The cute, lively idol character who is both named Yui-nyan is also present in both anime, with the same stature and character.

Featuring the Famous Hololive Vtuber in One of its Episodes 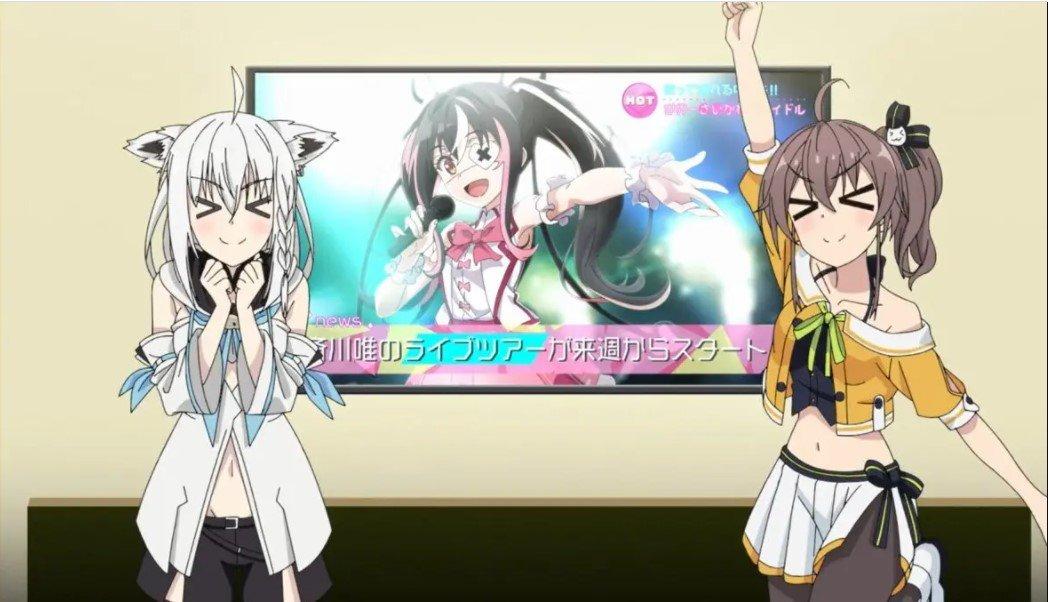 As discussed in the opening section of this article above, those of you who like Vtuber will definitely like The Detective is Already Dead which can be one of the anime recommendations with Hololive Production characters. Yes, Shirakami Fubuki and Matsuri Natsuiro appeared with their respective characters who discussed the character Yui who worked as an idol in this anime.

The appearance of Shirakami Fubuki and Matsuri Natsuiro makes this anime more and more attracting more people to watch it, especially when it tells about popular culture, namely the Vtuber phenomenon and also the Idol concert. Kimihiko, who later becomes an assistant to detective Nagisa who lives with a heart donated by Siesta, attempts to uncover cases related to the famous idol Yui.

Well, that’s the discussion of The Detective is Already Dead which is one of the recommendations for Anime of The Week from Oneangrygamer this time. Do you think Siesta’s character is suitable as the latest popular waifu this year? Or do you like other characters from this anime? Can you write it in the comments column?