It’s about as traditional as the annual Fourth of July events in America, where each new patch for GTA 5 online mode sees a new glitch method surface for unlimited money and gamers celebrate the occasion by exploiting the heck out of it.

Rockstar Games released patch 1.32 on January 28th for the Xbox One, PS4, and PC featuring the new Drop Zone mode, and glitches have already found an exploit to cheat their way into making infinite money in GTA Online.

Now that Rockstar is forced to allow glitch videos under fair use regulations (instead of nuking YouTube accounts), you can now see instructional walkthroughs on how to exploit GTA V instead of having to rely on Daily Motion or still images in the background.

YouTuber SirWeed credits glitches TutoFacileFrance and Mood23 for finding the glitch and visually walks gamers through each step of the process. It works just fine on the Xbox One and PS4 versions of GTA V and will require two people to do it successfully.

You will need two garages for this glitch to work. You need to make sure that your first garage is completely filled up with cars. You need at least one Karin Rebel in the garage and at least one of the new low-riders that sell for a lot of money.

The second garage needs to be filled with Karin Rebels bought off the in-game internet. Drive the car you want to duplicate over to your second garage and park it on the side of the road.

Proceed to blow up you and your car. This is so that the car will be stored in Mors Mutual and revive it from the dead at a later date. This also prevents the cops from getting involved.

When you respawn head to the middle of the street and have your friend kill you from about 100 feet away. Send them a deathmatch invite but make sure they do not accept it yet. Have them get the invite ready. Spawn in and quickly steal a streetcar – any car, really – and you want to drive into your garage and accept the alert screen to replace a vehicle. Once your friend sees you go into the garage have him accept the one-vs-one deathmatch and you will immediately get jettisoned outside the garage.

You’ll have about 30 seconds to complete this next part: after accepting the one-vs-one deathmatch it should show that you are in the deathmatch. Proceed to quickly call up Mors Mutual and call up the car that was blown up.

Proceed to go into any Rockstar-created mission through the menu; don’t start the mission just use it as a way to reset the session. This will automatically teleport the vehicle that you blew up and called for from Mors Mutual to be just across the street from your garage, as evidenced in the video above.

Take the car into your garage. Don’t do anything in the garage.

Instead, open up the map, press the ‘Select’/’Menu’ button on the Xbox One or PS4 controller and then proceed to go to the outside map. You should see a personal vehicle icon. Make sure you see it on the map before replacing a Karin Rebel that’s in the garage, as depicted in the image below. 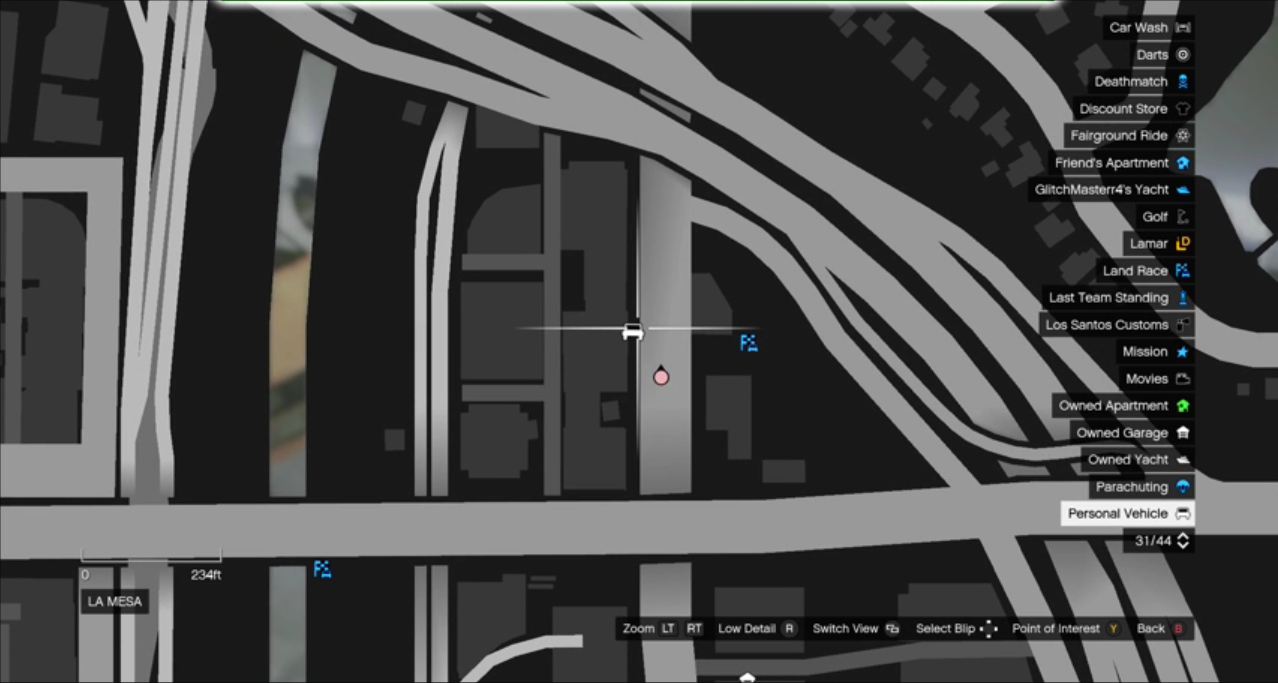 You can use a friend to confirm if it’s actually outside your garage before replacing any of the cars in the garage.

If you did it properly then there should be another copy of the car outside the garage on the street. You now have two of the same cars at none of the extra costs.

Proceed to drive the car into the garage with the Karin Rebels and you’ll see that another car has duplicated inside the garage. Just like in the video, you can rinse and repeat this to keep duping lots of expensive cars in a short amount of time. To repeat the process just take the original vehicle back to the first garage and start the duping process all over again just like it’s depicted at the top of the article.

If you don’t have a lowrider Sir Weed suggests using a fully upgraded Schafter or Benefactor. Using this method with an expensive car can net you $1 million in less than 15 minutes.