Ubisoft’s latest expansion for Ghost Recon Wildlands called Special Operations I features the return of Michael Ironside as Sam Fisher, and an all new mission series called Operation Watchman. If you’re curious what the mission is like or needed a guided walkthrough of the new Ghost recon Wildlands expansion, there’s one available.

YouTuber Gamer’s Little Playground has the 16 minute walkthrough, which you can check out below.

If you have the expansion installed, Matchwood, Sam Fisher, will contact Nomad from the Ghost squad and give them coordinates.

You’ll need to go in at night to the designated location on the map, located just southeast of Khochi. Sam Fisher will guide the Ghosts through the mission. You’ll need to use your night vision goggles, and sneak up the hillside to spot the sniper in the tower.

Use the foliage for cover to avoid being spotted by the sniper in the tower. While the sniper isn’t looking, make your way into the camp and use the night vision goggles to spot the patterns of the NPCs to avoid being seen. The object is to carry out the mission stealthily.

Fisher will require you to watch his back while he does some file hacking on the computer in the upstairs room.

An ambush will take place on the building with Fisher inside.

If you’re playing with three other players, have them stationed outside on the rooftops if possible to pick off the enemy soldiers attempting to infiltrate from the outside or coming in through the helicopters. 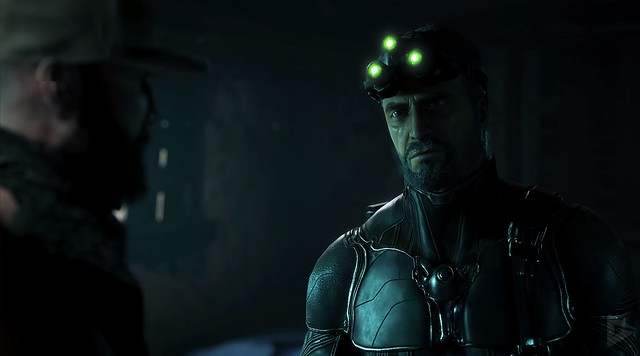 After several minutes of protecting Fisher, you’ll need to get to the exfiltration. If you’re smart you’ll have a jeep waiting just outside the compound.

Some of the Unidad patrols are heavily armored, so you’ll want to go for body shots for the guys wearing armored helmets.

Once you’re given the exfiltration zone you’ll need to trek 4KM to get there. You can either use a jeep (which maybe you’ve hidden just outside the camp), or it might be best to have someone flying around nearby in a helicopter to pick you up and take you to extraction zone.

Once you get there a small cinematic will play where Sam Fisher will give a headnod to Hideo Kojima’s Metal Gear Solid series and the incomparable Solid Snake/Big Boss.

Once the cinematic ends, the mission will be complete.