Starting next month on September 21st, 2018, Charles Cecil’s Broken Sword 5: The Serpent’s Curse will launch on the Nintendo Switch. The news was made public via a press release from Revolution Software and Ravenscourt, who announced that the game will be available with additional new user interface features and special behind-the-scenes footage detailing the making of the game, all bundled into a package that will be available for $29.99.

Like many other entries in the series, Broken Sword 5 takes place in Paris, where a robbery-homicide takes place at a gallery, and long-time franchise stalwarts George Stobbart and Nico Collard team up once more to track down the culprits and also save the world in the process. 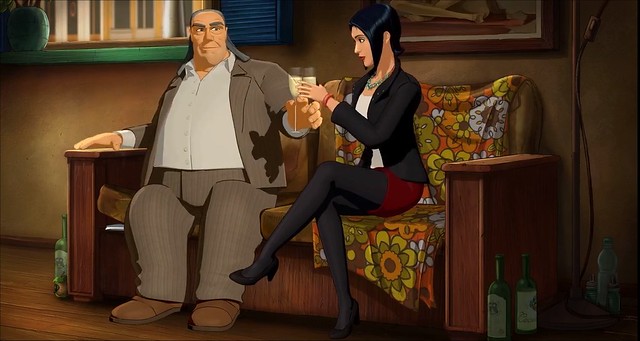 For the Nintendo Switch version, Charles Cecil, the CEO and Founder of Revolution Software, mentioned in the press release…

“We were determined to make the most of the Nintendo’s innovative hardware with exclusive content and controls. This really is the ideal way to experience Broken Sword 5 – the Serpent’s Curse.”

They don’t expressly outline how the Nintendo Switch controls affect the gameplay in the press release, but they do show how the unique Switch functionality comes into play when you’re running the game in portable mode.

Basically, players will be able to switch between using the Joy-Cons and using the touchscreen in order to interact with the game world, solve puzzles, acquire objects, and progress through the story.

The behind-the-scenes content is also unlocked by progressing through the game, which adds the videos to the gallery, which you can visit later on for your own perusal.

Anyway, you can enjoy this blast from the past when it releases on the Nintendo Switch next month starting September 21st.