U-Play Online and Raiser Games’ Esports Life Tycoon is currently available on Steam for PC. The game launched on June 20th, 2019 to a buffet of negativity due to a number of issues that gamers have had with the title. However, if you were one of the people who decided to put down some cash for the game but now you find yourself in desperate need of something to make the game feel fun, well there are some cheats for that.

The first cheat trainer is available for free over on the Mr. Antifun forum.

The Esports Life Tycoon cheats available in the trainer feature the following options:

There’s a second trainer available over on Cheat Happens.

The trainer is premium so you’ll need a membership to access it.

The Esports Life Tycoon cheats featured in that trainer are listed below: 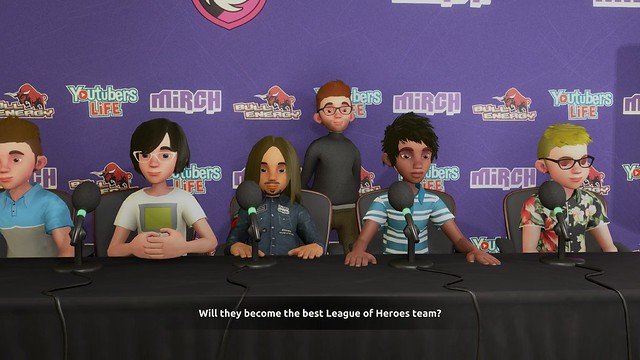 As for Esports Life Tycoon, the game is a strategy management simulator where you acquire, build, and manage your very own e-sports team. You’ll need to set up their gaming house, get them into tournaments, and eventually land them sponsorship deals so that they become a force to be reckoned with.

The hook for the game is that you’ll have to balance success for your team with their psychological and physical well-being. Keep them fed, keep them clothed, keep them housed, and keep them happy.

Unlike real life, there’s an ample supply of money ripe for the taking from a budding electronic entertainment sporting industry.

The user reviews for U-Play’s latest sim aren’t the best, though. Most of the complaints stem from the players being too hungry all the time, and the timer being too quick, with only two minutes being provided to players in between matches.

The real kicker is that these issues were brought up to U-Play during the game’s beta leading up to the Early Access phase but apparently they weren’t fixed on release.

Nevertheless, if you already have the game and want to cheat your e-sports team to victory, not unlike real-life e-sports players, feel free to grab the cheat trainers for Esports Life Tycoon. The game is currently available right now over on the Steam store for $14.99