One of the most requested features for the upcoming iteration of Streets of Rage 4 from DotEmu has been for the return of the original music composers to come back and make new music for theupcoming game. Well, DotEmu has heard the pleas and actually managed to get Yūzō Koshiro and Motohiro Kawashima to come back to make more music for the popular beat-’em-up series.

What’s more is that not only is Koshiro and Kawashima returning, but new blood is being infused into the franchise as well thanks to Brave Wave Productions, who is a Japanese music label that allowed them to acquire the services of Yoko Shimomura as well, who is famous for having worked on Street Fighter II back in the day, along with the Kingdom Hearts series.

They cover the musicians working on the upcoming game in a new behind-the-scenes developer diary that gets some of the perspective from the musical artists and what they hope to bring to the table with Streets of Rage 4.

While fans might be excited to find out that Koshiro and Kawashima are both coming back to impart their musical greatness into the realm of interactive entertainment alongside Shimomura, a big bomb that you probably didn’t expect to drop was that Hideki Naganuma from Jet Set Radio and Jet Set Radio Future fame will be contributing to the soundtrack as well.

Now how awesome is that?

I don’t know if Naganuma can sculpt the kind of auricular grit that some gamers might be expecting from the upcoming beat-’em-up, but his work on the Jet Set series and Super Monkey Ball games have easily put him as one of the top most respected musicians in the Japanese gaming business providing esoteric sounds for unique interactive experiences. 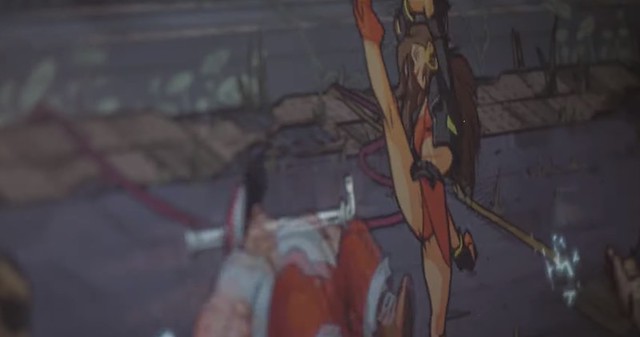 Rounding out the troupe of composers who have been contracted to work on DontEmu’s take on Sega’s popular franchise is Keiji Yamagishi. Some of you might remember Yamagishi’s work from Ninja Gaiden and Tecmo Bowl. So DotEmu is digging deep into the well of nostalgic acts that helped shape the golden age of gaming back during the lat 1980s up and through the mid-1990s.

DotEmu, Lizardcube, and Guard Crush Games’ Streets of Rage 4 is due out for PS4 and Nintendo Switch, with other platforms and release dates set to be announced later.

(Thanks for the news tip Animatic)