Protocol Games and Raiser Games have released the third episode for their multi-part horror series, Song of Horror Episode 3. If you picked up a copy of the game but you’re finding yourself getting stuck in certain segments or you need some help solving some puzzles without wanting to risk killing off your favorite character due to the permadeath feature, well then you’ve come to the right place.

With that measure of housecleaning out of the way, let’s dive into Song of Horror: Episode 3.
YouTuber CJUGames updated his ongoing playlist for the Song of Horror walkthrough, capturing the first half of the episode, which you can check out in the video below.

The game attempts to expand its “diversity” by adding two additional cast members to the playable stable of characters.

You can play as either Daniel Noyer, Omar Nassiri, or the highly unattractive Grace Richards.

CJU selects Grace for this portion of the game.

There’s a note on the reception desk you can read.

Go into the office and there’s a hat on the couch, it’s a size 8.

You can examine the two offices inside the room. The first office has some class dates, but Zachary Dunn’s office has a diary with a 12:30 exam date.

Go back into the first office with the December 1998 Exam Dates on the notice board. You’ll discover that the professor Merino teaches French.

You’ll need to complete a puzzle in order to access the magnetic administration keycard, by figuring out Merino’s riddle involving the books and hat sizes. 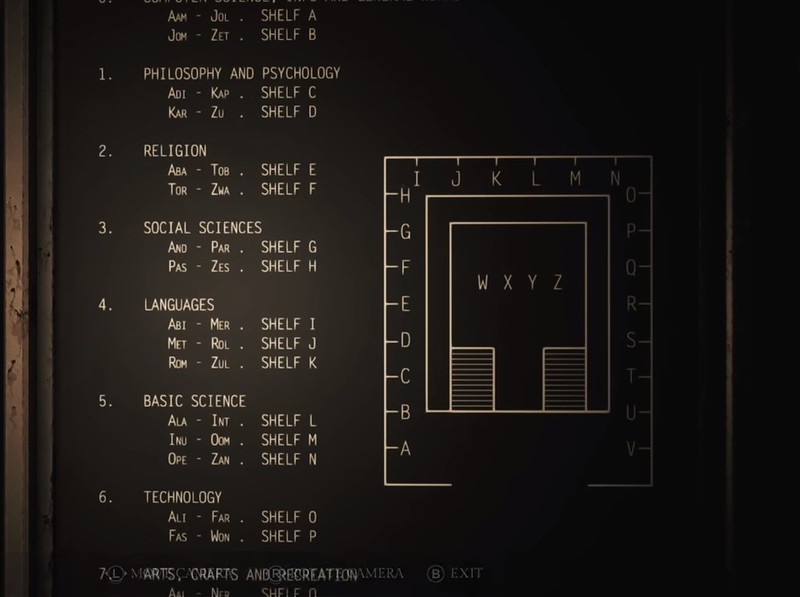 However, you’ll find that the magnetic keycard is located in the left hand corner of the bookshelf on the opposite end of where the vending machine is located.

Take the keycard and make your way to the storage room adjacent to the professors’ offices.

Inside the storage room you’ll find some projector slides on the shelf. Take them.

Exit the storage room and go into the administration office.

Play the cassette on the desk.

Exit through the door at the back of the administration office to head down into the basement.

Follow the corridor through to the desk and read Maxwell’s note after you go into the clerk office.

Go into the back of the clerk’s office and go through the door and there’s a power cable adapter on the shelf.

Exit the clerk’s office, go back upstairs, head back to the archives and hook the cable up to the slide projector. 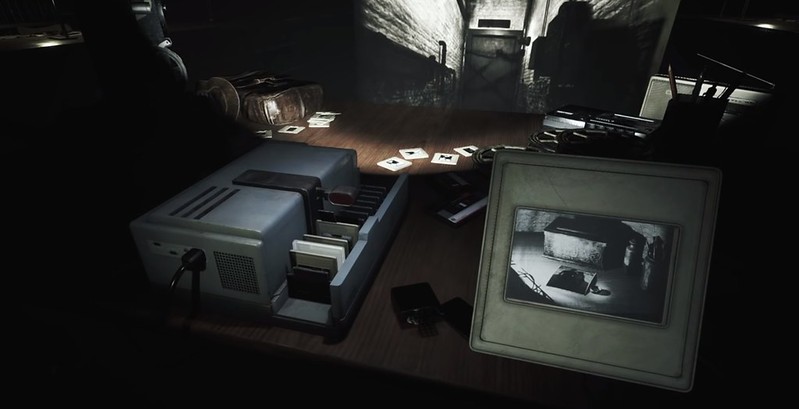 There’s a puzzle involving the slides that you’ll have to complete to unlock the next segment.

You’ll need to align the slides in the following order:

Go through each slide until you reach the end and then go back the other way and the chain over the door will be removed.

When you exit the slide projector, the character will remark that there’s a door.

Go down toward the door being projected onto the wall.

Open the door and go inside.

Take the saw from the control room counter and use the saw to cut off the arm of the deceased corpse.

Go back through the administration office that leads down the stairs toward the basement.

Make your way back through the corridor toward the control room and go into the room with the shears.

Exit the leaky storage room and then use the severed hand to pull the lever.

Go through the door to the old archive.

Head over to the shelf with the book The Biography of LeGrant family.

While attempting to escape, the abyss will attempt to consume you. You’ll need to rapidly tap ‘A’ on the Xbox controller or ‘X’ on the PS4 DualShock and then tap either ‘X’ or Square or ‘B’ or Circle to escape from the abyss’ grasp. 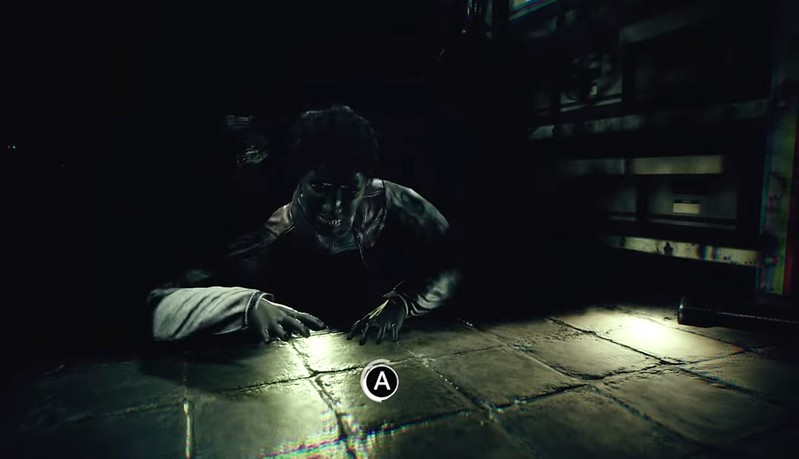 You’ll need to find the newspaper that was suggested by Sebastian.

Exit the archive and enter into the central corridor.

Go into the bathroom and there’s a plugged up sink.

Go into the women’s bathroom and a professor is supposedly stuck in a stall.

Head back down the hall after you exit the bathroom stalls and head to the secretary office.

Go through the first door and then into the storage room and there’s a radio with batteries inside.

Head into the room nearby the secretary office and take the dried out paint.

Go into the kitchen and take the mechanical pencil from the table.

Use the mechanical pencil and combine it with the radio to take the batteries out.

Proceed back to the bathroom and use the hardened paint with the plugged up sink.

Combine the wet paint with the roller you grabbed from the unfinished room.

Go into the women’s bathroom and slide Maxwell the batteries — he will give you the keys.

Use the painted roller on the motion sensor outside the secretary office.

Use Maxwell’s keys to get into the office and read the letter from Jill.

Be sure to take the plastic key when you encounter it.

Read the other notes in the room and you’ll discover that you need to go back to the archive and search up Northern Advertiser 1913.

Use the plastic key to access the archive drawer. Take the archive to the old computer located in the Microfilm Scanner 500.

If you mess up the computer will explode on you. 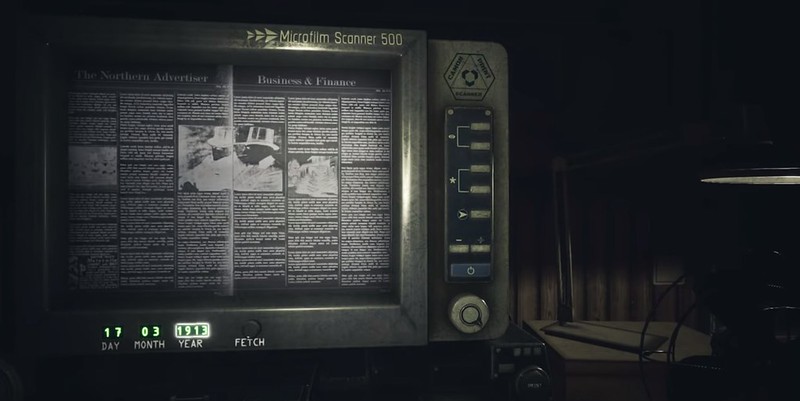 Read the article and then exit the office.

The abyss will form and come after you down the hall.

If you have the shears then the character will break through the chained door and escape. If you don’t have the shears, well then things won’t turn out so well for you.