The latest update to the Nintendo Switch emulator, Yuzu, added multi-core support. This drastically improves performance for newer CPUs. Heck, even those of you rocking multi-core Ivy Bridge units will see drastic improvements over the single-core support that the Yuzu emulator used to feature.

You can download the latest builds by becoming a member of the Yuzu Team’s Patreon, where they regularly update and release new iterations of the Switch emulator, or you can grab older but stable builds from the Yuzu download page.

The team goes into an in-depth explanation of how they planned, constructed and ultimately executed a multi-core solution for the Yuzu emulator. You can read through the entire post over on the official Yuzu website, but the general gist of explained at the to, where they write…

“As many of you might know, yuzu is considered a HLE (high level emulation) emulator. This means that instead of running the real Switch OS (known as Horizon), yuzu has recreated its own version of the OS, built entirely from the ground up. Like your PC, the Switch has multiple cores (4, actually), and the Horizon OS can run multiple tasks in parallel on these cores using a kernel construct known as a thread. However, due to limitations of our old kernel design taken from Citra, yuzu was actually emulating this behavior using a single core on your host PC! This had led to an absurdly high CPU requirement for users.

“So, what is “Multicore CPU emulation”? Put simply, instead of emulating the CPU on a single thread yuzu will now emulate the CPU using multiple threads; 4 to be precise – one for each Switch CPU core. Although it might sound simple or easy, it is nevertheless the biggest undertaking this project has seen up until now.”

A demonstration of the multi-core support was showcased in a ten minute video by YouTuber BSOD Gaming.

In the video you can see examples of the games running on a Haswell i5 4690K, where the single-core performance usually toppled out at anywhere between 15 through 25 frames-per second.

However, with the switch over to the multi-core solution, the Yuzu is now able to run games at anywhere between 30 to 60fps on a Haswell i5.

Super Smash Bros. Ultimate, for instance, goes from 35fps to 60fps on an i5, which is hugely impressive. 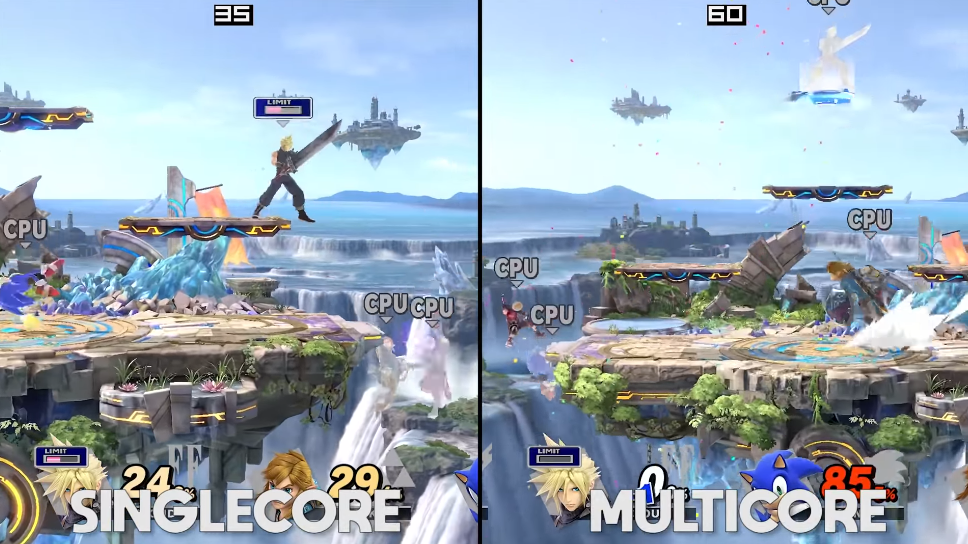 PlatinumGames’ Astral Chain managed to nearly double in frame-rate performance, going from 18fps on an i5 to 35fps on an i5. In other words, if you have a fairly decent laptop you might still be able to emulate some Nintendo Switch games, making Nintendo’s latest console obsolete if you’re a PC gamer. 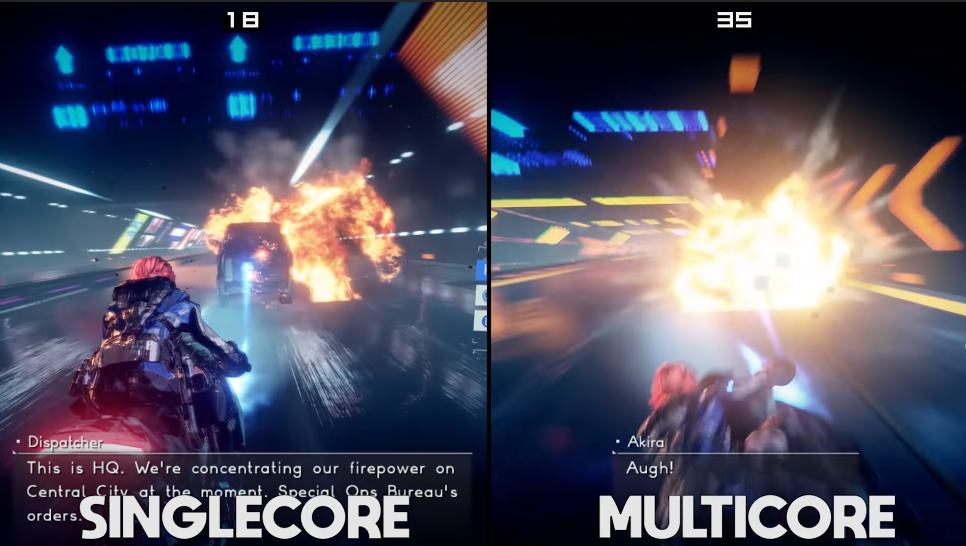 Unfortunately some games still don’t run quite as well as they do on the native system unless you have a really high-end system.

Pokemon Sword & Shield, for instance, is relegated to under 40fps. It’s playable, but it’s also not terribly smooth. 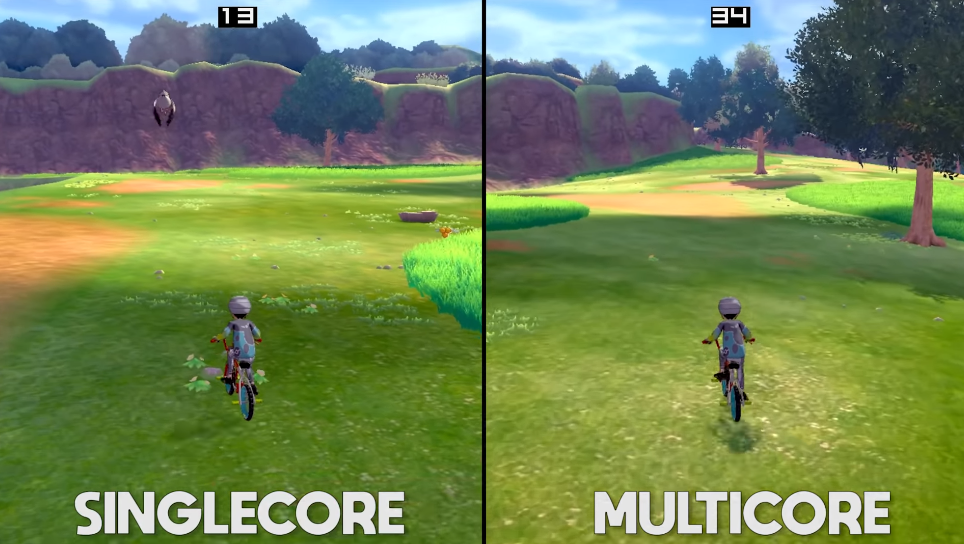 Another game that suffers from some huge performance issues is The Legend of Zelda: Breath of the Wild.

As mentioned in the video above, a lot of this is due to the fact that the GPU performance is not very well optimized yet, and so even with multi-core support, the game goes from 18fps to 27fps on upper-end i5 CPUs. 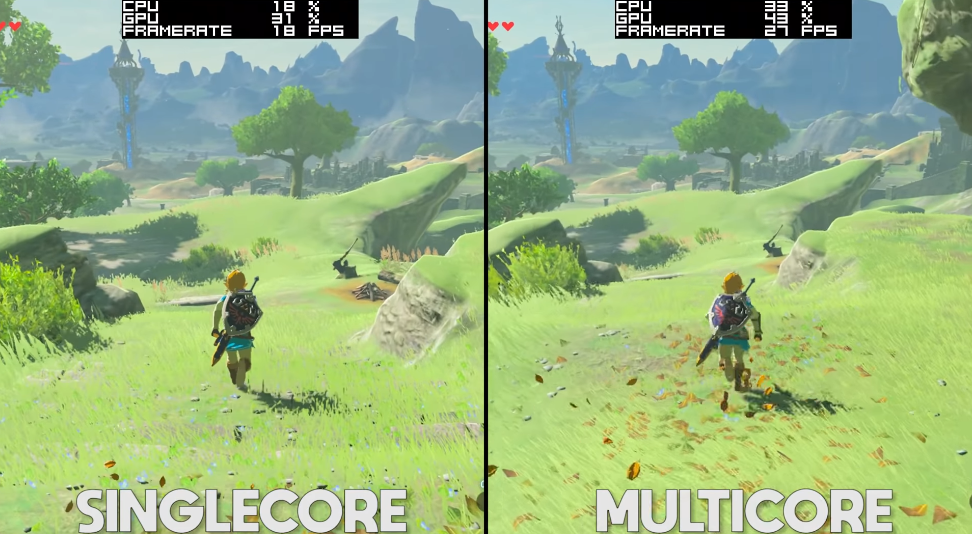 Now the good part is that on Skylake branch of i7 units, you can very well rock some stable frame-rates, going up to 60fps.

BsoD Gaming provided links to each of the 60fps mods that you’ll need to achieve higher and stable frame-rates in the Yuzu emulator.

But otherwise, emulation has reached a point where all you need is a hefty, high-end gaming desktop and pretty much nothing else if you want to experience the best that console gaming has to offer.

(Thanks for the news tip Racially Ambiguous Lex Luthor)