The release of Need For Speed: Payback from Ghost Games is EA’s attempt to bring the franchise back after the 2015 always-on DRM outing that did not go down well with gamers at all. With the new game now out and available for PC, PS4 and Xbox One, gamers who want a walkthrough of the campaign, well there’s one available.

YouTuber XcageGame has a playlist available for Need For Speed: Payback covering the game’s campaign mode, which clocks in at eight and a half hours. Check it out below.

The start of the game teaches you how to drive by taking control of Tyler Morgan. Use the left and right triggers to accelerate and brake. Follow the blue nav checkpoints along the map and on the screen to reach the designated areas.

Next up you’ll play as Sean McAlister and learn how to play off-road, hitting big jumps and running through the dirt with enough dust kick up to make a sandstorm jealous. Lastly, you’ll be able to play as Jessica Miller, the hotshot female racer. You’ll also meet the mo-hawk wearing Lina Navarro and the mechanic Rav Choudry.

Once you hit the cinematic you’ll switch to Jess. Use the shunt to bump the cops into objects within the environment or into other cars. Dodge through the barricades until you reach the next cinematic and you’ll be back into the driver seat of Morgan.

Liv will betray Morgan and Rav and so Morgan will have to battle the cops while Rav and Mac attempt to get away. Make sure you get to the checkpoints before the time runs out. Proceed down into the spillway and make your way onto the freeway. Some evil cars will box in Morgan and he will have to work with Marcus Weir. 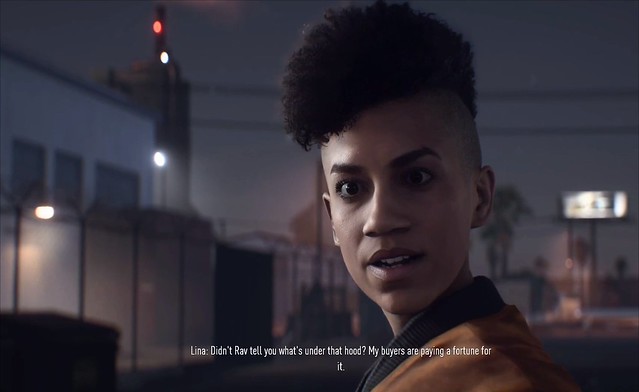 You’ll have to take a DB11 through a speedrun challenge as you make your way back into the city. Simply get above 105mph for the challenge while following the checkpoints toward the destination. Hop back into your beat-up jalopy and head home. As usual, follow the checkpoint until you reach Tyler’s home.

You’ll unlock some new street races, starting with the Lakeside Sprint on the other side of town.

You’ll have to perform another race – head to the designation on the map and race against the other opponents until you get to the end. It’s a simple three lap race without any traffic and with petards for competitors. Once you finish the race the House will give Tyler a new ride and a new mission.

If you don’t want to travel all the way to the destination on the map, just pull up the map and click on the race and warp to the destination. All you have to do is win the race and it will trigger a cinematic. The race is pretty easy to complete. Lina will throw some pursuers after you, simply ram them into some walls and reach the escape point to finish the segment. Head back to Weir’s position.

Watch the cinematic and then head back to Tyler’s house so he can get blown up in slow motion. Unfortunately, it’s not a Michael Bay explosion… and sadly, Tyler and his awful voice acting survives. The Stephen Amell wannabe then has to recruit a crew for his antics.

The game will shift to Mac, where you have to drift with the Hashtiger. Remember, it’s not about speed, it’s about control. Drift three times around the bends to complete the challenge, and then complete another drift challenge by hitting the target score of 17,000. 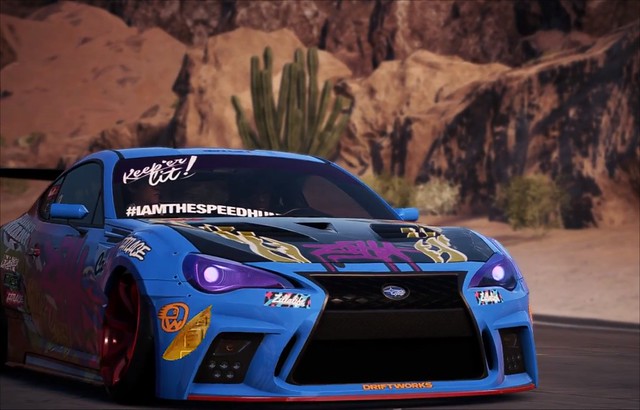 Once you finish the ridiculously annoying segment with Mac you’ll have to switch over to Jess, who has become a wheelman… or uh… a wheelwoman? Anyway, Jess is working for criminals as a getaway driver. The segment could have been exciting but the streets are mostly empty and there’s practically no challenge given that every so many meters there’s a checkpoint.

Eventually some cops will chase down Jess. Get to the escape point to complete the segment. The checkpoint setup is straighter, shorter and more linear than Anthony Weiner’s wiener. Just wreck the cops by smashing them into the barricades until you reach the escape point and ensure you don’t run out of time.

After another cinematic you’ll be able to pick from a couple of cars in the back lot. Race Rav once you pick your ride. The Buick will give you raw power, the little jalopy will give you good handling, and the Mazda is a nice, balanced ride. Once you win the race you’ll be able to earn a card from the loot cards. The cards can be used to improve your vehicle’s overall performance.

You can visit the dealerships to purchase new vehicles, ranging from Race, Drift, Offroad, Drag and Runner.

Race Jess to the airfield to earn another card. The off-road vehicles will unlock a new alternate route for the race, taking you off the beaten path, not unlike The Crew. You’ll be able to take on different race types – each race type will be designated to one of the three playable characters. High stakes routes are for Jess. Street races are for Tyler. Off-road races are for Mac.

Once you complete the airfield you can choose to either race against the Grave Yard Shift crew or the off-road group League 73 centered around the airfield. The Grave Yard Shift are night races are organized by La Catrina and are set on the outskirts of the desert that take place at night. All three characters will share a garage.

The off-road races are a little trickier because the cars are both fast and will shunt and bump you to the finish line. One of the better things to do is ride the line hard and cut them off at each turn whenever possible. You’ll also want to upgrade your vehicle to boost the speed and acceleration.

After completing enough of the League 73 tracks you’ll unlock a special race against Udo in a Wild Streak race. If you manage to defeat him you’ll be rewarded with the location of a derelict, which you can use to upgrade with special properties.

Get the jump on Udo by using boost and bumping him off the starting line. You’ll be able to keep the lead from then on. Once you get done with La Catrina and Udo, you can take on the next mission.

YouTuber RabidRetrospectGames has the complete playthrough of Need For Speed: Payback.

The heist stage is the one that was showcased during the E3 demonstration. You just have to race the Mustang to the checkpoint. Dodge the explosive barrels and use them to blow up the enforcers. Also you can smash the enforcers into civilian traffic. This is one of the few stages where there are a bunch of civilian cars on the road and the whole setup mimics a giant movie set piece.

You can also try the latest Need For Speed: Heat. The Game is more an arcade racer and takes place in Palm City, a fictional city based in Miami. Palm City is a vibrant and lively metropolis where the sun shines bright and the action never stops.

Need for Speed Heat is set to be released on November 8, 2019. It will be available for PlayStation 4, Xbox One, and Microsoft Windows. We also have some Need For Speed Heat cheats that can help you explore the game deeper.