At first, Infernal Radiance struck me as a game possessing an innate quality, but not one that jived with my tastes. Continuing onward, this became increasingly obvious to me, and even as issues separate from my tastes arose, I do not believe any amount of improvement would overall change this issue.

Infernal Radiance left early access earlier this month, yet a few issues indicate it could use another month or so of refinements and improvements to bring it to completion. At its core, the game has a dedicated Christian perspective with an amusing sense of humor. As I did not venture far into the game -hence impressions, not a review – I cannot confirm whether the game maintains the trend. Still, the humor is not at Christianity’s expense or presents a mockery of its influences from my experience. 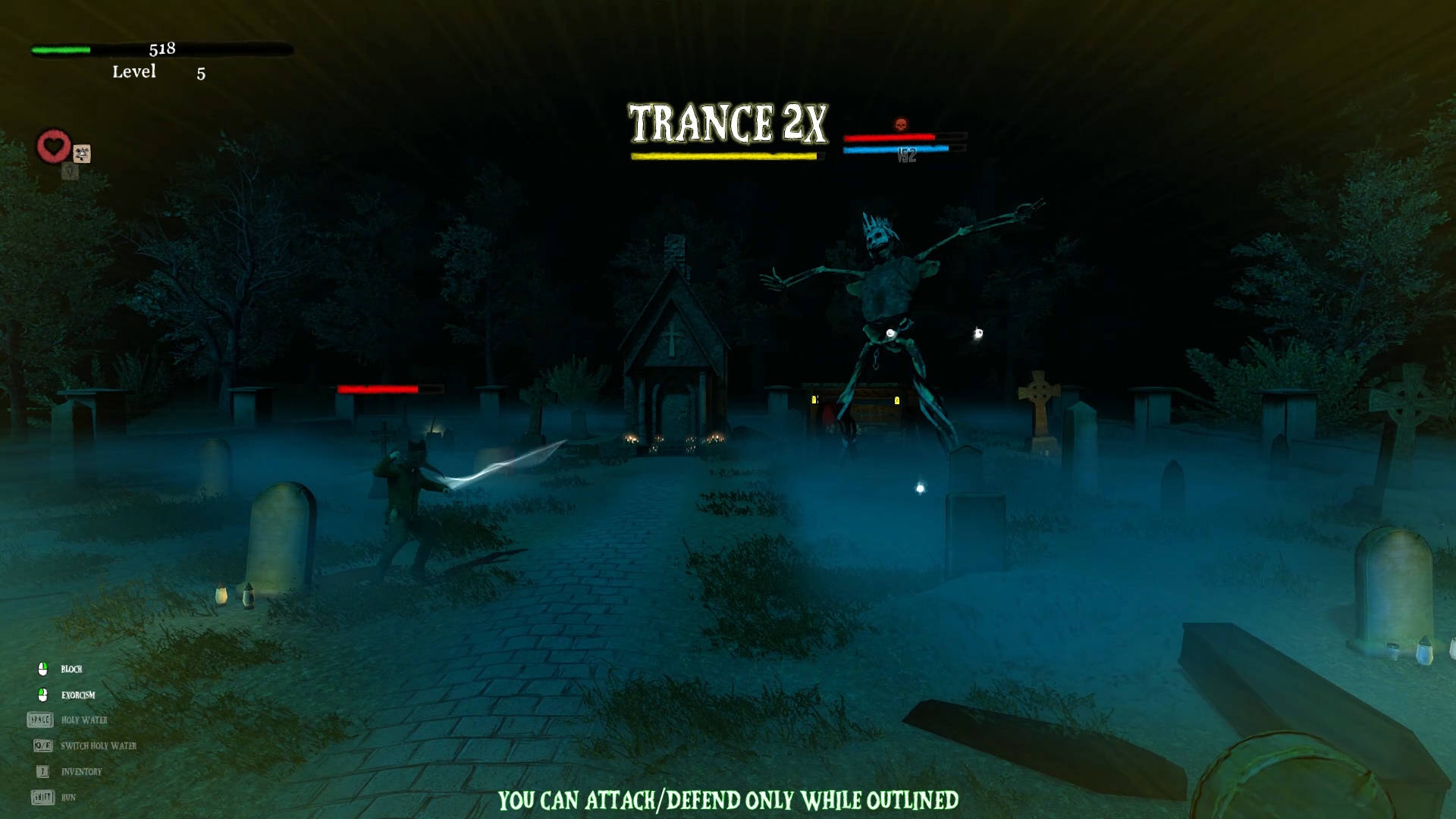 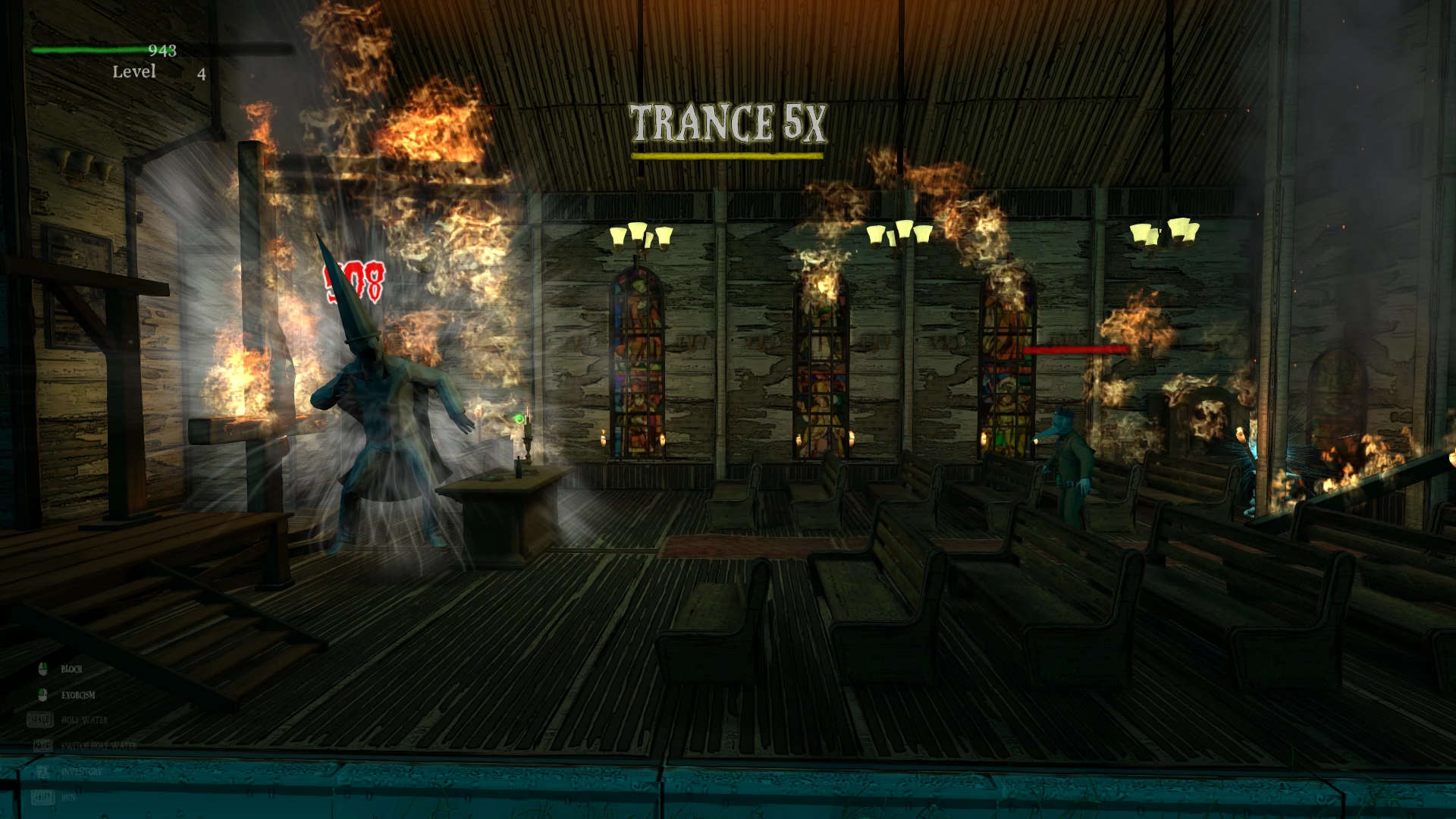 Art direction is a tad surrealist, a near-perfect complement towards the lore and undertones of the world. For you see, humanity has once against opted to make Hell our battery. If it is going to be a wellspring of pain and suffering, it might as well make itself useful and generate power for us as well. Owe, but the best-laid plans of mice and industrialists often go astray, and the power plant explodes, covering the island in demonic radioactive hellfire.

Don’t worry. We’ve developed the Prayer Station, a space age technology that will allow us to phase out hell energy. Well, phase it out if we can stop the central power plant from sending a wave of hellfire across the planet.

Enter you a full-blown cardinal, sent to exorcise the demonic presence from the island. It sounds like satire, but this is entirely on the up and up. Worldbuilding and writing were arguably my favorite parts of the world. As experienced not all that funny, but when you have to explain it to other people, then its absurdity hits you putting a smile on your face.

That though, is where the fun ends. Combat is simple yet broken. You have an attack, reflect, holy water, and prayers (powers) that you can use. Except the game doesn’t show you the key mapping, so using prayers resulted in me having to hit away at keys until I got lucky. Reflecting attacks at enemies does not damage them, instead it drains their willpower. In theory, this is supposed to slow and even halt their attacks. In practice, it does nothing, rendering enemy willpower a meaningless stat as they will continuously send attacks in a regular pattern. 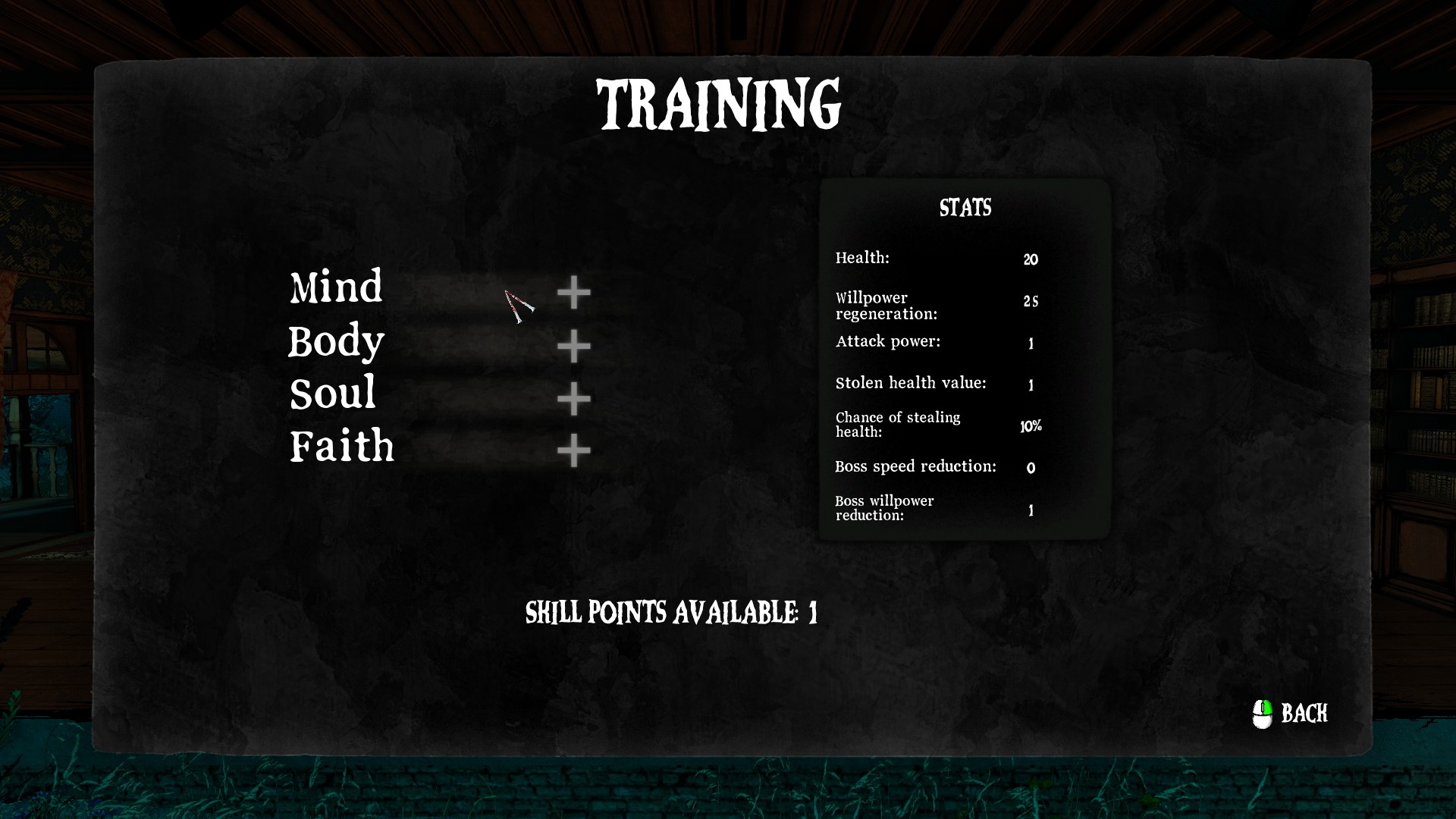 Your action is set on a cooldown that can be modified by stats. Stats that won’t track what you’ve invested into, but you do get a point every time you level up. Leveling up is based on the damage you’ve done and is likely scripted to the game’s progress as enemies cannot heal. 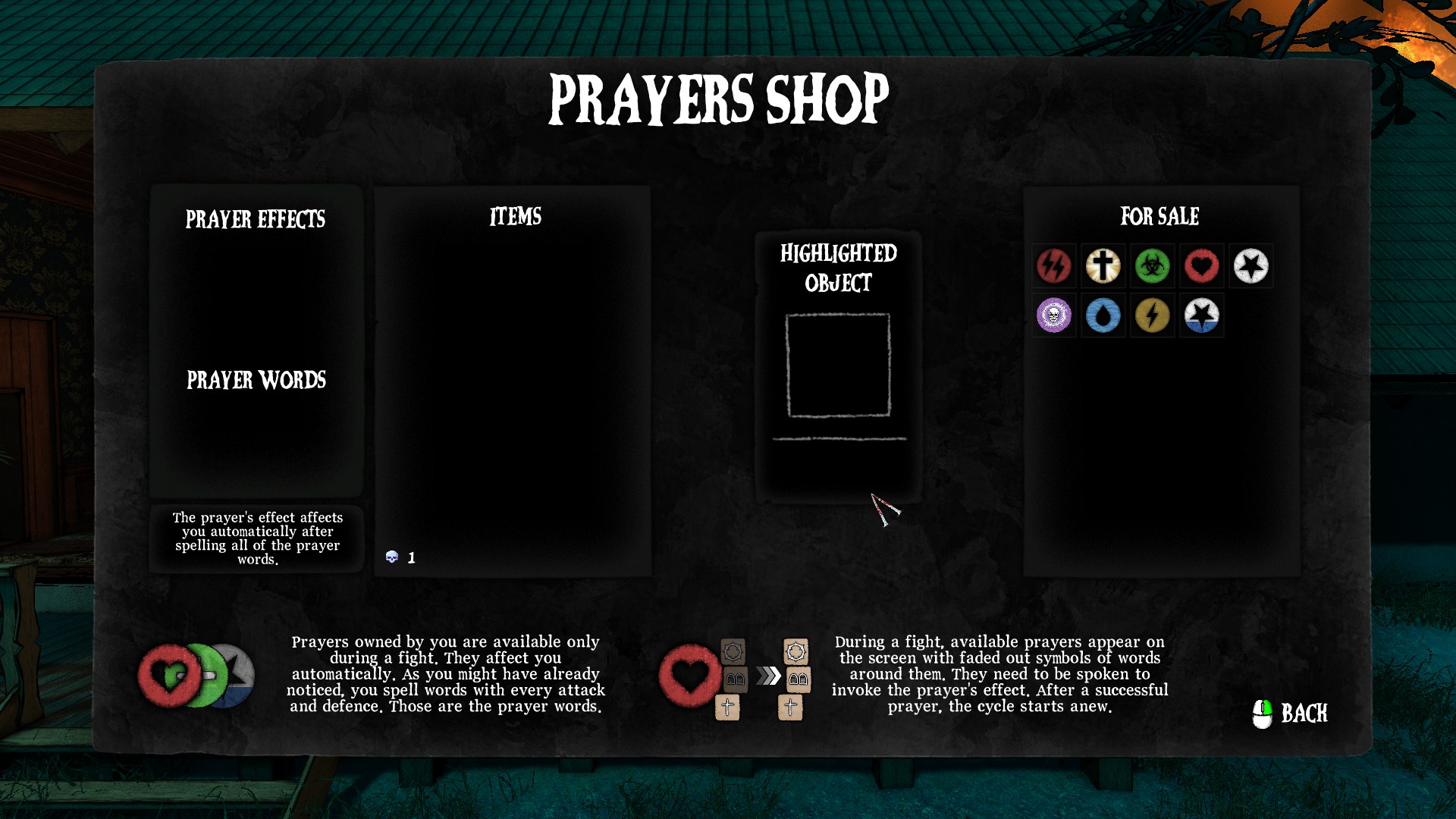 This zapped a lot of the fun from the experience. Adding to my previously mentioned lack of interest in the game lead to a point where I was just done with the game. Which is sad, as there is passion in this project. It isn’t some shovelware cash grab designed to bilk people out of money. Art and writing are solid, so were it not for the gameplay issues, I’d likely recommend this to people who like this style of game. As it stands, check back in on the game in a few months and see if the launch issues have been resolved.