Frictional Games’ SOMA is now available for PC and PS4. The game is a first-person, science fiction horror title. It’s a real mind trip and features plenty of puzzles and lots of exploration, similar to Frictional Games’ Penumbra and Amnesia series. For gamers who find themselves stuck or in need of a little help, there is a complete gameplay walkthrough guide available for SOMA.

There’s a single sitdown walkthrough available from YouTuber RabidRetrospectGames. The entire game can be completed in just over seven hours. You can check out the entire playthrough below.

The very first puzzle in the game is to find the tracer fluid. It’s in the top right drawer of the computer desk in the back of the apartment.

The next puzzle is to get into the locked room in the doctor’s office. The code for Mr. Munshi’s locked door is 2501.

In the section where you get the Omnitool and take it back to the computer console you’ll need to upgrade it before it can be of any use. To upgrade the Omnitool, place it in the terminal, get the chip, place the chip into the Omnitool while it’s in the terminal and then click on the update button from the console command screen.

You’ll need the Omnitool in order to access locked doors and panels throughout the game.

For the puzzle in the room where the robot is hooked up to the terminal saying she was “happy” there, you’ll need to activate three buttons successively. Press the first button until the bar charges up into the green zone, at which point you must quickly press the second button. A second bar will fill up until it gets to the green zone, at which point you must press the third button. This will activate the terminal and open the comm systems and unlock the doors. 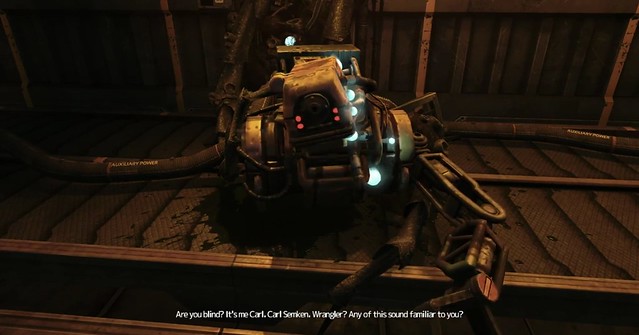 After you escape the big monster, in the room with the computer requesting an ID input, you’ll need to find the card with the ID code. The code is: 0722.

During the segment when you meet Catherine and plug her into the Omnitool, you’ll need to find the ARK using the computer scanner. It’s a grid segment that requires you to pinpoint the exact location of the ARK. It’s located in the Tau sector on Earth. You can see exactly where it is using the images below to help you. 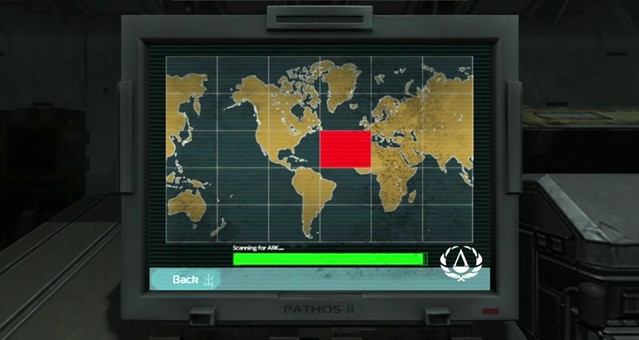 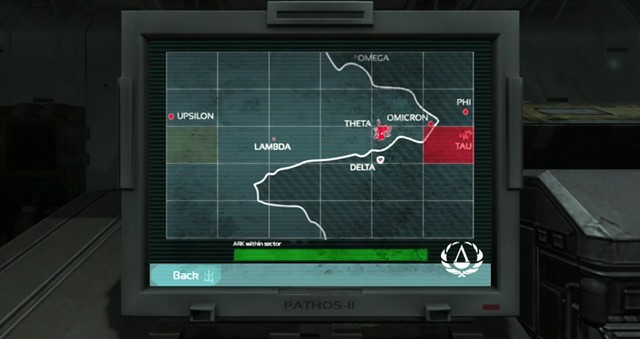 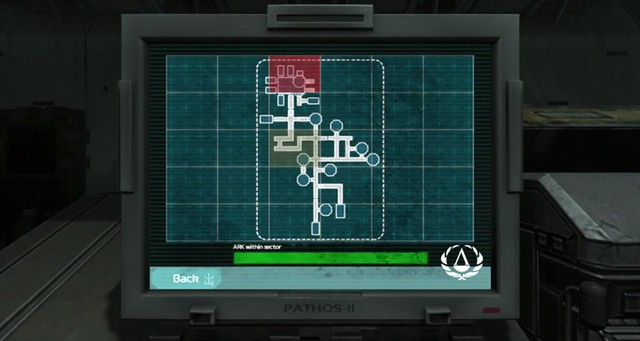 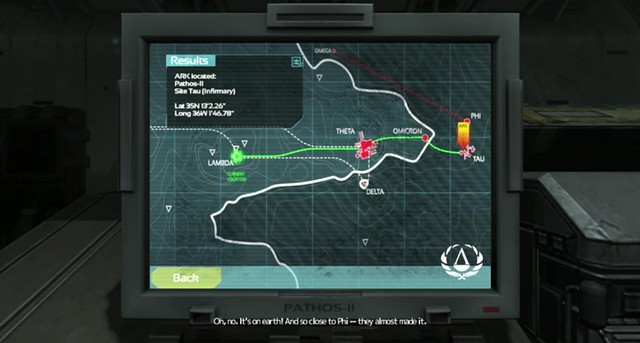 When you’re in the flooded facility you have to overload the reactor. This involves traveling to the top of the facility and pulling out all of the plugs from the reactor. From there you have to race back to the escape pod as the facility blows up and one of the SOMA monsters begins chasing you like you stole his lunch money. 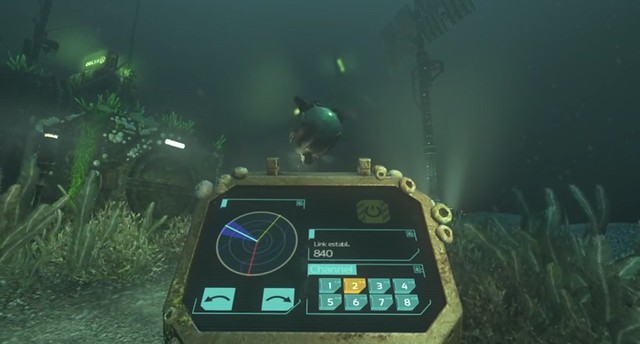 To get the freight moving you’ll need a chip. Use the stun gun that Catherine directs you to and stun one of the robots floating around under water. It takes about two or three hits to incapacitate one. Snag the chip and then head back to the freight carrier with the Omnitool and it’ll take you to Theta.

During the segment where you have to reset the router in the server maintenance room in the basement, you’ll have to enter the room with the servers and go to the computer where you need to press a button and flip a switch to reset the router. You’ll need to flip the switch again before the timeout happens. With the monster lurking around be sure to grab plenty of objects and bring them nearby. When you go to flip the switch and the monster comes for you just throw the objects to distract it and keep it away.

For the ARK simulation puzzle you’ll need to fill up the resource allocation table with the following files in order to successfully run the sim.

There’s a puzzle where you need to restore the power in a room where you need to override the lockdown. In order to get the power back up and restore system functions in the room you need to activate the switches on the breaker. Align them in the way that they are in the image below and make sure the right switches are turned on. 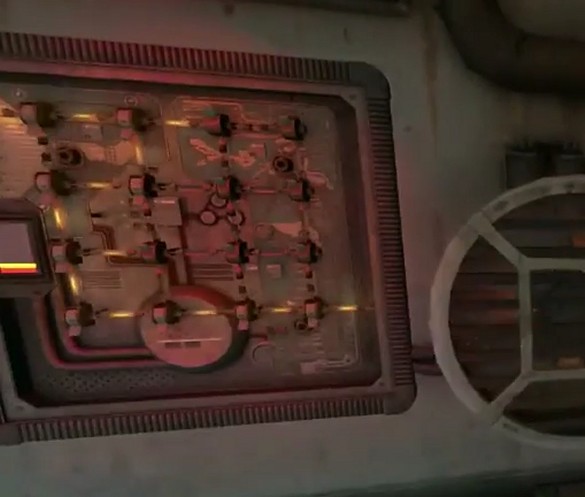 Once the power is restored you need to access the computer terminal and input the code 1050 to lift the quarantine on the Omicron building. From there you should be able to get to Omicron without any problems.

Once you get inside the Omicron building has another facility lockdown that must be overridden. You must complete a puzzle by linking the proper cubes to one another reset the system overload. Follow the pattern in the image below to solve the puzzle. 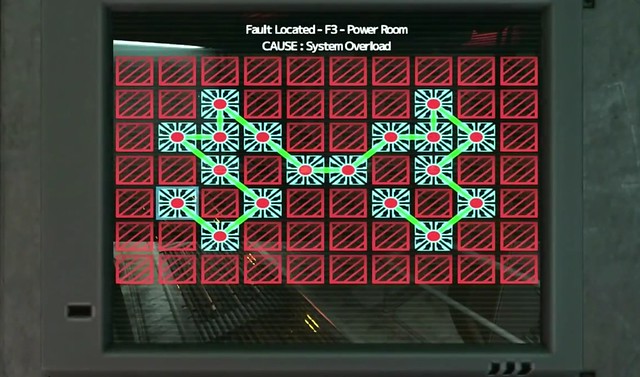 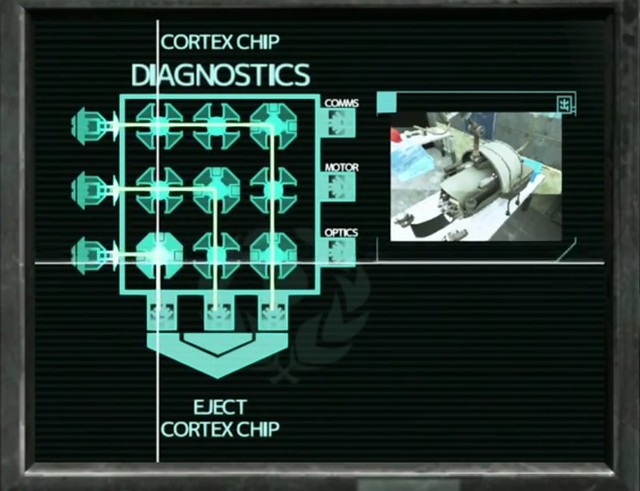 After make the suit transfer and descend into the abyss, when it’s time to make the journey to Tau you’ll get an audio cue about how to get through the walking segment with all the monsters lurking around. When you get to the segment where moving across the expanse outside the facility, down in the abyss, be sure to follow the advice and stick to the lights under the droid to avoid getting overtaken by the “wildlife”. Follow the lights until you get to the cave. Follow the cave through to the end and avoid being spotted by the monsters lurking around just outside the cave.

In the tau base after you talk to Sarah who is through the living quarters up in the infirmary, talk to Sarah to get the ARK device and then access the computer to unlock the other doors in the facility. One of the locked doors, Cabin A, requires an access code. The code is: 2768.

After you take the ARK device into the airlock chamber, in order to equalize pressure in the room you have to manually break the pipes to fill the cabin with water. Be sure to attach the ARK to the crane before filling it with water. After it fills with water you’ll need to run through the tunnel with the ARK device and remove any debris out of the way so the ARK doesn’t get stuck. 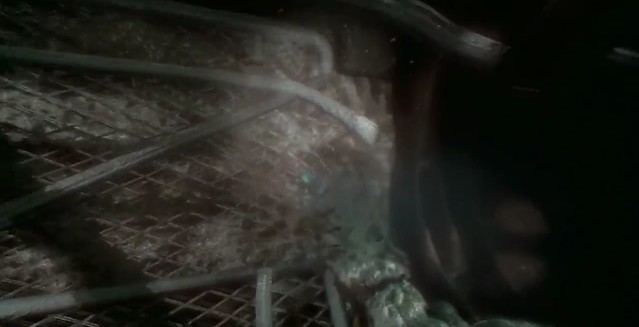 When you’re moving through the tunnel you’ll find on the left hand side a small hole in the fence before you get to the end of the access tunnel, right before you find the crushed Omicron worker. Again, the hole will be on your left side if you’re moving north.

SOMA is very similar to Stasis and BioShock as far as theme and horror elements go. Anyone who enjoys a debate about science fiction and philosophical themes on what it means to recognize one’s own being will undoubtedly enjoy Frictional Games’ first-person horror title.

SOMA is available right now for PC and PS4. If you don’t already own the game you can pick up a digital copy from the Steam store or the PlayStation store or you can learn more by visiting the official website.