Want to unlock characters quickly in Naruto Shippuden: Ultimate Ninja Storm 4 on the PS4, Xbox One, or PC? Well, if you aren’t using a cheat engine for PC, you can use another quick exploit where you can earn a bunch of quick cash playing against the CPU and unlock new characters finishing off the CPU with a special move.

YouTuber Majin Saiyans has a video that clocks in at just two minutes explaining how to unlock all the characters on the roster as quickly as possible. You can just keep rinsing and repeating the method.

Start a Vs battle with a computer in a single-round match. So in the Vs Battle mode, the Match Type should be 1p vs Com and the Match Select should be Singles Match. The round should be set to ‘1’.

Select a character and put the handicap so that it’s all the way to the top on the right side and the difficulty is set to “Super Easy”.

Once the match starts you’ll want to kill the CPU opponent as quickly as possible. Use the heaviest attacks in the character’s arsenal and finish them off.

You will get an ‘S’ rank for winning the round thanks to the time bonus, your character’s health bonus, and the difficulty setting, as well as finishing the match with a special move. You can earn about 20,000 Ryo per match using this method. It takes 1.5 million on average to unlock a new random character. It will take around 75 matches to unlock a new character. 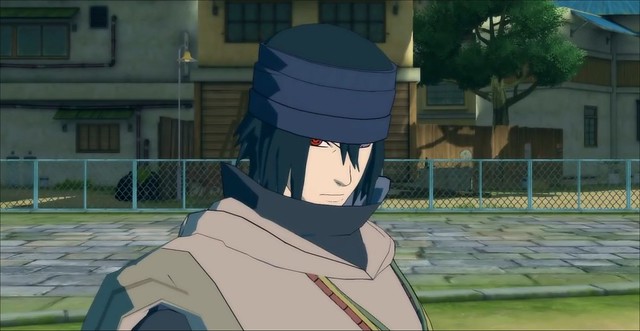 Alternatively, it’s probably best to play through the game’s story campaign mode to unlock as many characters as possible and then use the above method to unlock the rest of the characters.

A lot of Naruto fans were more-so curious about unlocking Sasuke and Naruto from Naruto: The Last, but it turns out that they are pre-order bonuses, so a lot of fans are hoping they can purchase those renditions of the characters as post-launch DLC.

Alternatively, there are some character swap exploits for PC. To avoid going through RAM manipulation, you can just download a file to gain access to some characters. YouTuber Legendary Agwang allows users to get their hands on the Naruto and Sasuke Latin America DLC on PC, it’s a region-specific pre-order bonus but it can be unlocked by downloading the file from Mediafire.

Naruto Shippuden: Ultimate Ninja Storm 4 is available right now for the Xbox One, PS4, and PC. I’m sure there will be more useful mods on the way as well as methods for unlocking the characters a bit faster than exploiting the 1p vs Commodes to farm Ryo.